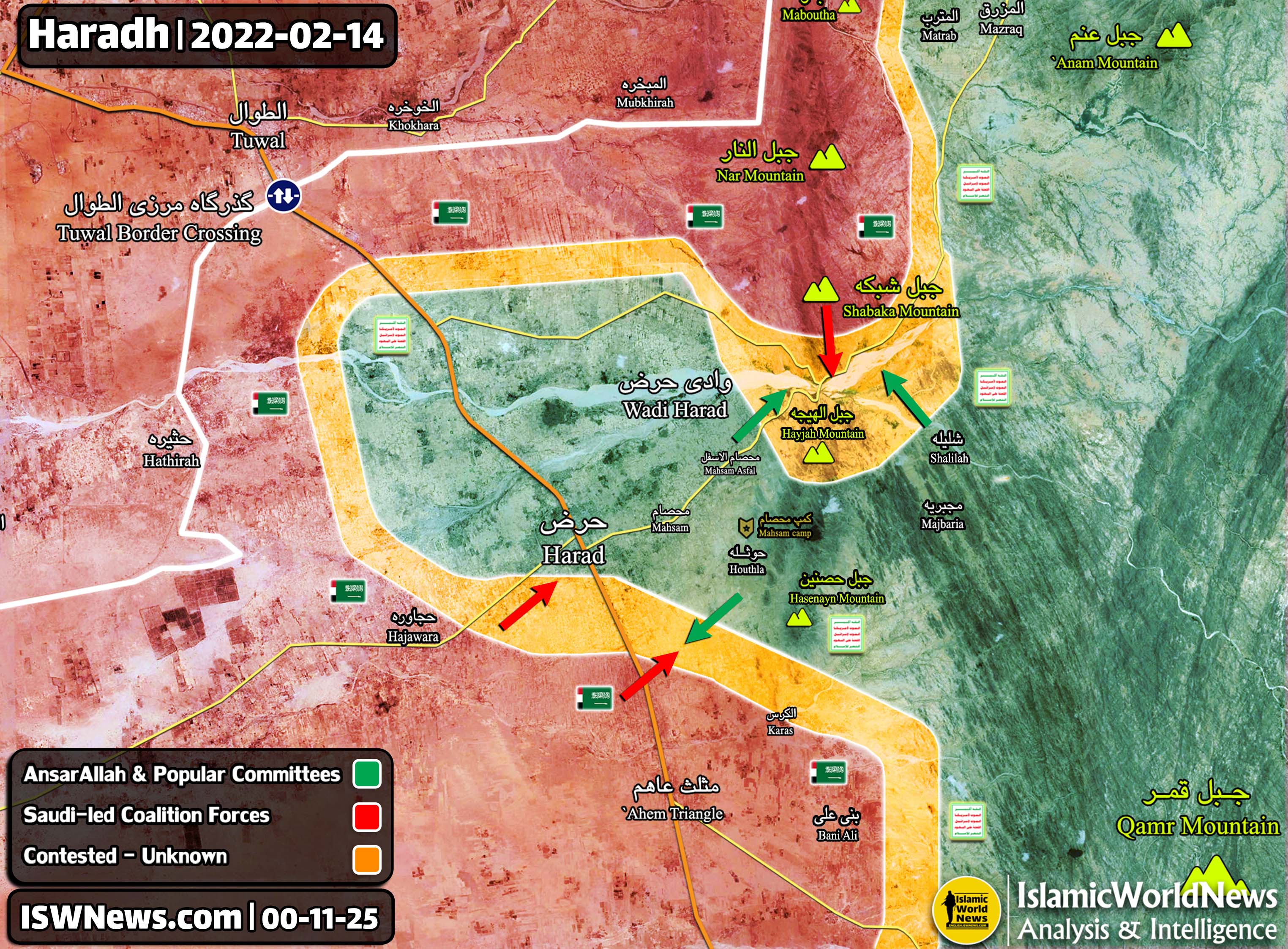 ISWNews Analysis Group: Ansar Allah and popular committees broke the siege of Haradh town in the north of Hajjah province.

Ansar Allah started its attack on February 11 to break the siege of Haradh town and continued until yesterday evening. Eventually, the Saudi coalition was forced to retreat from the eastern part of the town, and the siege of Ansar allah forces in the town was broken.

Currently, the al-Mahasam camp, al-Mahasam mountain, the villages of al-Houthalah, al-Awjara and al-Raha are out of the control of the Saudi coalition, and clashes are taking place in Hayjah mountain and the surrounding villages of the Ahem triangle.

Saudi coalition warplanes have also bombed Haradh fronts 101 times since the beginning of the conflict.

Ansar Allah is currently focusing on the al-Mazraq road, and the liberation of Hayjah mountain, Shabaka and al-Nar heights could be Ansar Allah’s next steps in this direction.