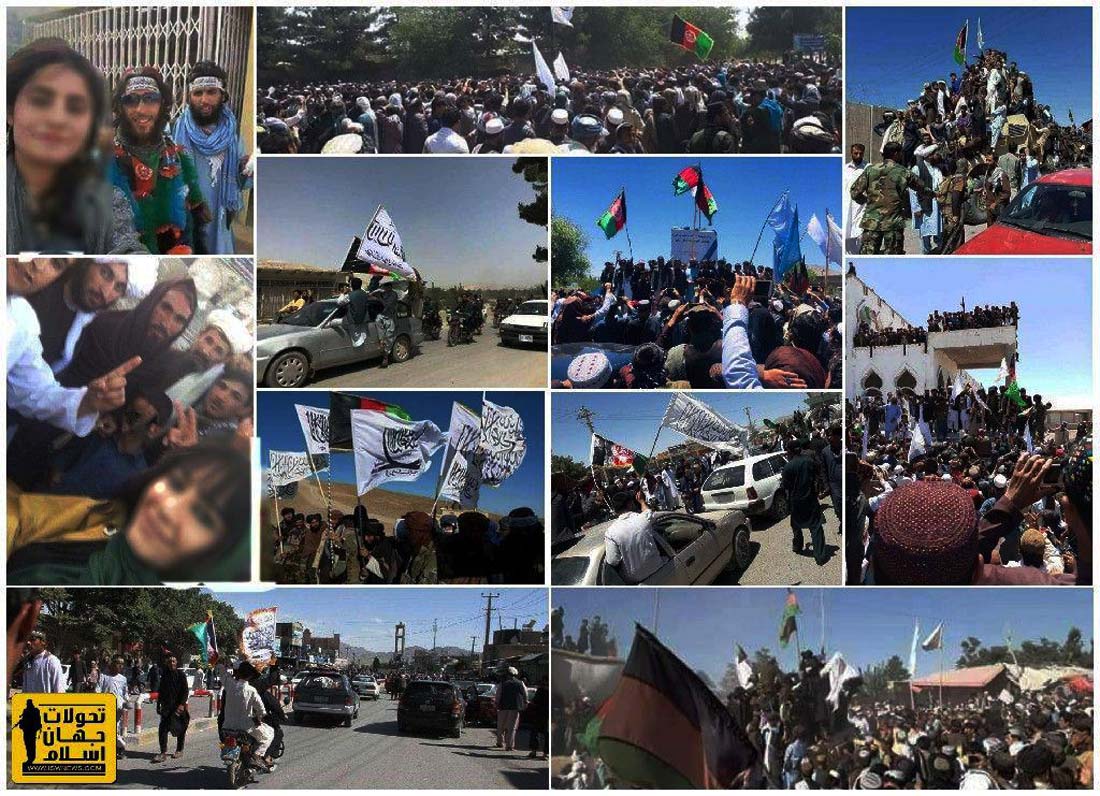 Pictures relating to Taliban’s presence in cities after announcing the three day ceasefire.

The ceasefire between Taliban and Afghanistan government, let alone its weird incidents, from rising Taliban’s flag in Kabul to mixed and unorthodox pictures, was something new for the people of Afghanistan in all these 40 years of war. this incident shocked Afghanistan’s government so much that it still honors the ceasefire while Taliban don’t and constantly ravaging army’s stations.

Another agreement with House of Saudi:
The agreement between Saudi and Afghanistan’s officials about Kabul-Ryadh direct airline, after Ashraf Ghani’s announcement of supporting Saudi-led coalition against Yemen, was another step, tightening Saudi-Sfghanistan relations. The opposition recognize these policies of governemnt to be an act of transporting Takfirism from Syria & Iraq to Afghanistan.

Taliban is an organization with uncoordinated & disordered structure, which encompasses Wahabism and even hosilities that are driven from racism, and also recently they are categorized into two groups, moderate and extremist.
In these past months that America, which put Pakistan under a lot of pressure, managed to persuade Taliban into negotiations.

And also they are empowering their diplomacy in foreign policy and seeking to establish good relations with Russia, China, Qatar and United Arab Emirates, etc… in order to gain legitimacy in the world.

However they have yet failed to leave their terroristic entity & their crimes against other religions & race, and this contradiction have made them, both now and in future, a infamous & notorious group in the history of Afghanistan.

The main essence for survival of Taliban is not them being supported by neighboring countries, but is is because of the weak structure of Wahdat Melli’s government, not being able to do its functions, and finally being colonized by medium and great powers, like America, Turkey, UAE and etc… which we will explain it in future.