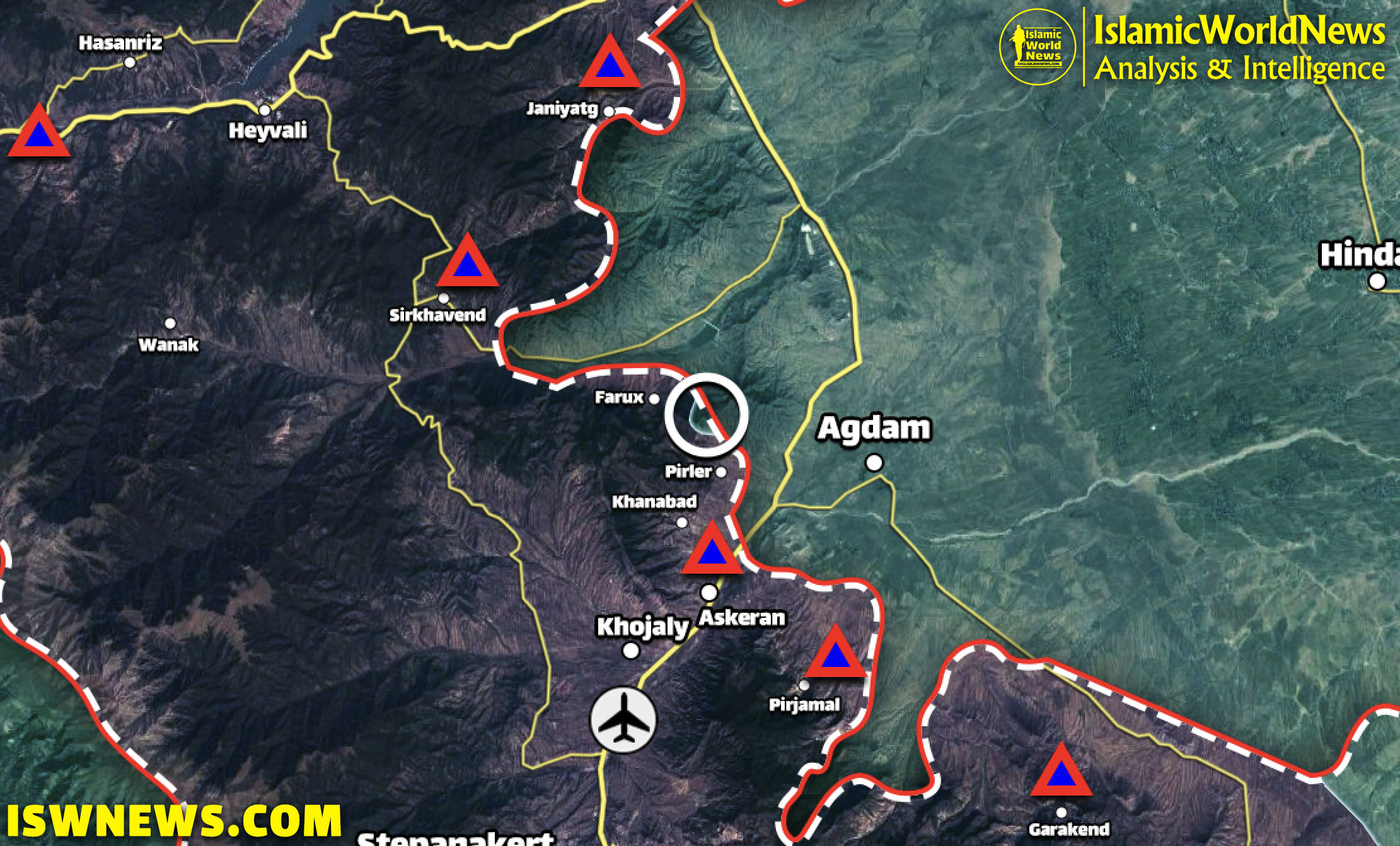 ISWNews Analysis Group: The Azerbaijani army continues to refuse to evacuate the eastern part of the Karaglukh heights east of the Nagorno-Karabakh contact line.

Sikhavat Muhammad, the Azerbaijani military blogger, explains: “Russia (the peacekeeping forces) have closed the supply route in the Farrokh (Parux) highlands so that the Azerbaijani forces forced to withdraw. But the Azerbaijani army is replacing the forces of this post with another group and this post (observation) is still in the possession of Azerbaijan. So far, Russian peacekeepers have set up 29 observation posts on the Karabakh contact lines. Each post is 10 to 15 kilometers away from each other, between which illegal armed forces (meaning the Armenian forces of Nagorno-Karabakh / Artsakh) are stationed. I believe that the occupation of the Farrokh (Karaglukh) heights is a beginning for the Azerbaijani forces to fill the areas where there are no peacekeepers.”

The Azerbaijan Ministry of Defense has also published a list of their names. These heights were under the control of Azerbaijan until January 25, 1993. After its fall, Agdam was also occupied by the Karabakh army and Armenian volunteers. More than 3,800 Azerbaijani citizens went missing during the First Nagorno-Karabakh War.

Azerbaijan claims arms distribution in Karabakh
The Azerbaijani government-affiliated Jalibler page has published a film about the distribution of weapons among the Armenian people living in Karabakh. The page claims that a car with military-style occupants distributing weapons to civilians in the village of Pirler Khojaly. Russian peacekeepers are also watching the scene 200 meters from the site.

Proposal for the annexation of Nagorno-Karabakh to Russia
Susan Barsaghian, a political activist from Nagorno-Karabakh, has proposed that the region join the Russian Federation and call for a referendum. “To ensure the security of Nagorno-Karabakh, we must prepare the ground for the entry of Russia. First, a delegation of Armenian economic activists will be formed to consult with Russia on this issue.” She said, referring to Armenia’s restrictions on helping and supporting Armenians in the Nagorno-Karabakh region.

Nagorno-Karabakh officials have called for more Russian intervention
Nagorno-Karabakh Foreign Minister Artak Biglarian, referring to a letter sent by the Security Council of the Artsakh (de facto) government to the President of the Russian Federation, said: “We wrote a letter to Vladimir Putin on March 26. We want to increase the number and authority of these forces, including the possibility of a military strike to ensure the security of the people of Artsakh.”