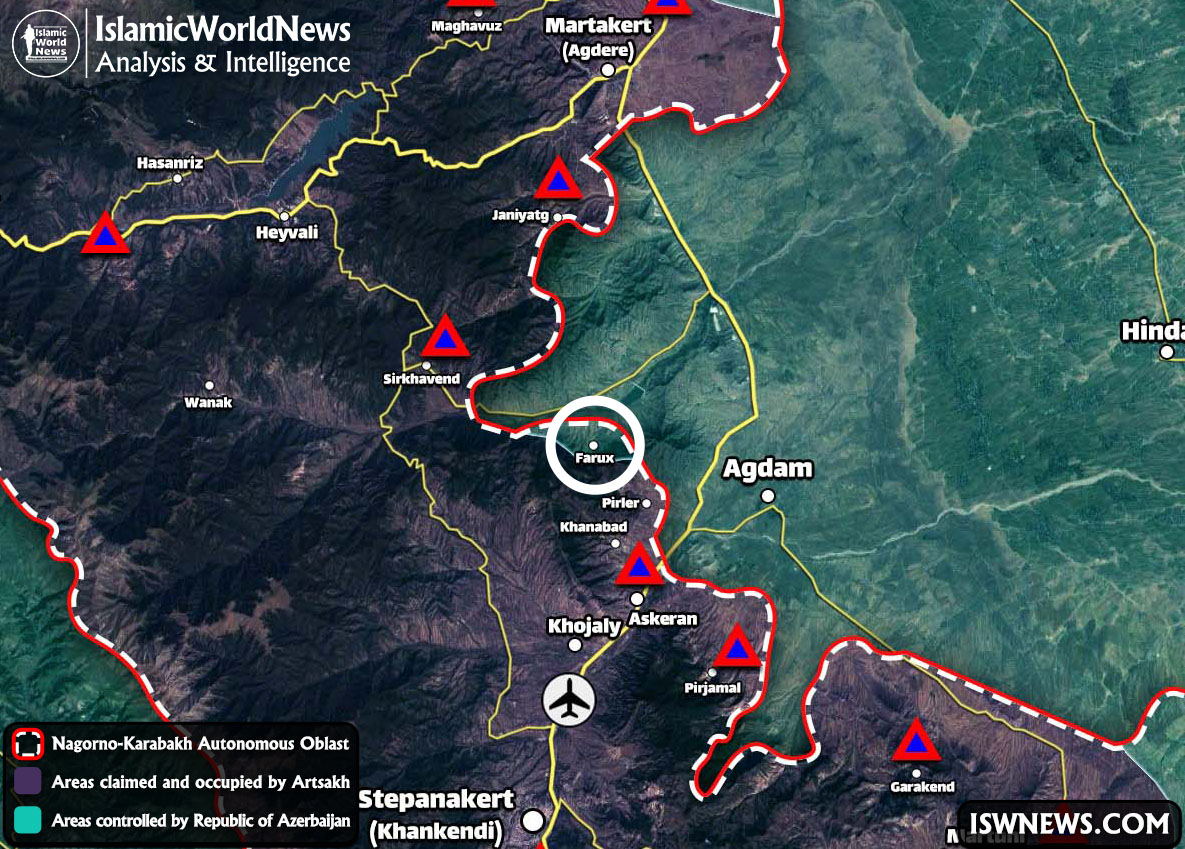 Following the cut-off of gas and the advances of the Republic of Azerbaijan on 24 and 25 March in the village of Parux (Farrukh) and the Karaglukh Heights of Asgeran Nagorno-Karabakh, the government of the country has faced a tough stance from the Minsk Group, the European Union, Russia, the United States and France.

The Azerbaijani army has retreated from the village of Parux, and most of Karaglukh is under the control of Russian peacekeepers. Russian peacekeepers have set up a post between forces on both sides, preventing it from being completely taken over by the Azeri side, and talks are under way for the complete withdrawal of Azerbaijan from Karaglukh.

The ground advance and the Azerbaijani drone attack on the gathering of Armenian forces after the deployment of the Russian peacekeeping forces have weakened positions of Azerbaijani government. International actors, regardless of the crisis in Ukraine, have intervened and forced Azerbaijan to withdraw.

“Neither side has complete control over the Karaglukh heights,” said David Torosian, an Armenian journalist in Nagorno-Karabakh. Hours ago, Azerbaijani forces intended to attack and occupy the entire height, which was not allowed by the Artsakh army.

The people of Stepanakert held two rallies on March 25 and 26. The president of Artsakh, Arayik Harutyunyan, has banned rallies by declaring a state of emergency. A spokesman for the region’s government denied the allegations, saying “the state of emergency has been in place since 2005 and is now being extended for another six months.”

The Armenian parliament has been conducting diplomatic moves since March 25th. On March 26, the Armenian Foreign Minister presented a report on the events to the French Ambassador and the military attachés of the foreign embassies regarding the violation of the November 9, 2020 ceasefire agreement.

The Prime Minister of the Republic of Armenia had a direct telephone conversation with the President of the Russian Federation. On March 26, Nikol Pashinyan talked with Vladimir Putin, as a party to the tripartite ceasefire agreement, to refer to Azerbaijan’s violation of the ceasefire in Nagorno-Karabakh. He called on the Russian government and peacekeepers to play a greater role as guarantors of the ceasefire.

France pays special attention to the issue of Nagorno-Karabakh

France, a member of the Minsk Group, is the first government to take a stand against Azerbaijan, and the French Foreign Minister has said that France is concerned about reports of Azerbaijani troops advancing in Nagorno-Karabakh and urges them to return to positions agreed in the November 9, 2020 ceasefire statement.

“One war should not hide another,” said French MP François-Xavier Bellamy. Azerbaijan exploits Ukraine tragedy to violate ceasefire in Nagorno-Karabakh.

“For several weeks now, the Armenians of Artsakh have been frozen due to gas cuts and illegal crossing of the Azerbaijani contact line,” said Valerie Boyer, a member of the French Senate.

Russia’s stance on the crisis

The Foreign Ministry of the Russian Federation on Saturday, March 26, expressed concern to Azerbaijan to adhere to the trilateral ceasefire agreement of the 44-day war.

The Russian Ministry of Defense has also issued a statement about this event:
“The Armed Forces of the Republic of Azerbaijan entered the area of ​​responsibility of the Russian Peacekeeping Forces from March 24 to 25 in violation of the provisions of the tripartite declaration of November 9, 2020, and has established an observation post in Nagorno-Karabakh. The Bayraktar TB2 drone targeted units of the Karabakh Armed Forces in the town of Parux. The Russian Peacekeeping Forces Command is taking steps to resolve the situation and return the forces to their original positions. A request was sent to the Azerbaijani side for the withdrawal of troops.”

Russia’s Sputnik quoted the Defense Minister as saying on Sunday evening, March 27, that the Azerbaijani army had twice violated the ceasefire in Asgeran and four people had been wounded. Both sides have two injured. The command of the Russian peacekeeping forces has stabilized the situation. The Azerbaijani side withdrew its units from the town of Parux after the talks.

US stance on the crisis

The US State Department has also expressed concern that Azerbaijan is responsible for recent tensions in the region and has called for a return to its previous positions.

Council of Europe stance on the crisis

The state-owned company Azargaz Azerbaijan announced on Sunday, March 27, that the gas connection would start on Monday, March 28. According to the company, the company’s technical staff will repair and test the gas leak despite heavy snowfall, and the repairs will end on Tuesday, March 29.

It should be noted that the Armenian gas pipeline to Nagorno-Karabakh in the area of Shusha-Zariflu was cut off by an explosion.

The Government of Azerbaijan has requested assistance from Pakistan, the current Chairman of the Organization of Islamic Cooperation, following the reaction of the United States, Russia, France and the Council of Europe to the recent conflict.

Reaction of the Ministry of Defense of Azerbaijan