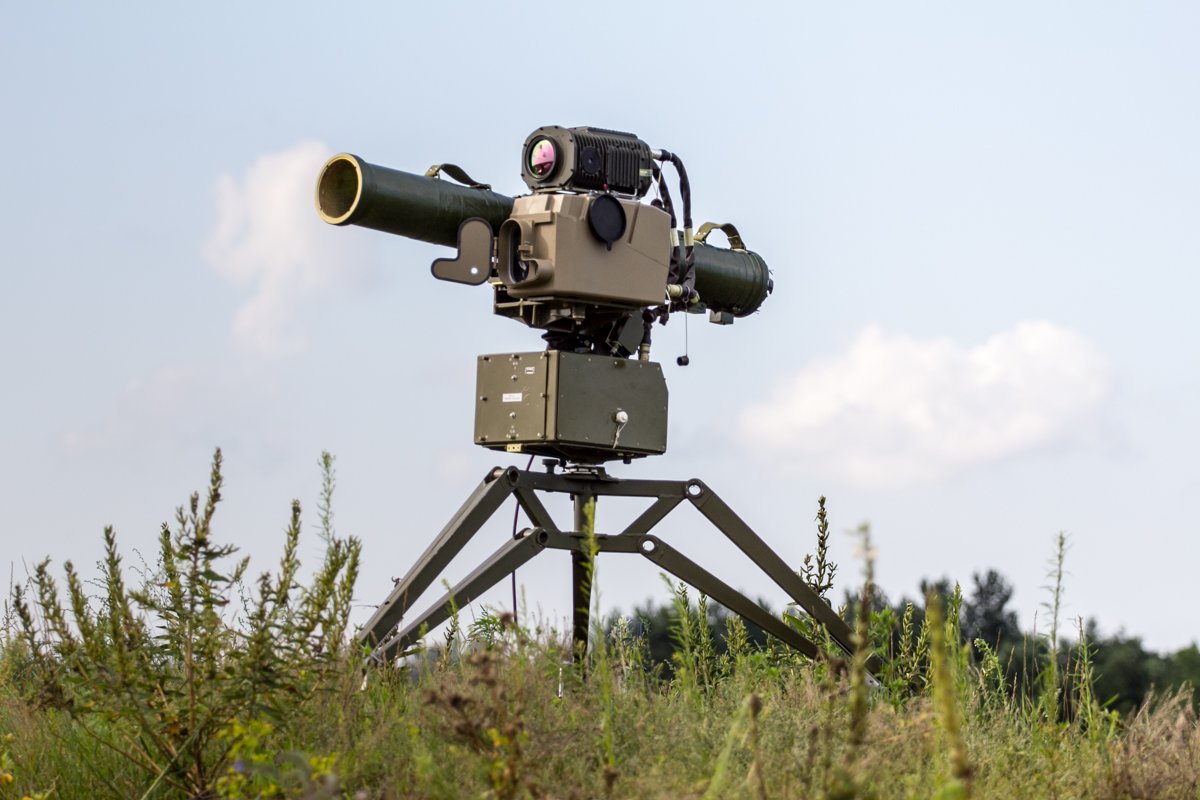 The Stugna-P is an Ukrainian anti-tank missile system developed by the Kyiv-based Luch design bureau to compete with foreign models of the same class.

The Stugna-P system consists of a tripod, a missile container, a guidance device and a computer used to control all the firing operations and allow the operator to remotely control the launcher station from a safe distance of up to 50 m. The laser guidance sighting system is the PN-I that can be used during day and night conditions with a firing range from 100 to 5,000 meters. The PN-I weighs 17.2 kg and features television surveillance and sighting system, a laser range finder, a laser guidance system, and a control system for the missile’s axes.

The missile of the Stugna-P is able to destroy stationary and moving armored targets protected with state-of-the-art composite and explosive reactive armor. This ATGM is also used to hunt targets at low altitudes and low speeds such as helicopters.

The tandem shaped-charge warhead of this missile is capable of penetrating up to 800 mm of rolled steel.

The Stugna-P can launch 130mm and 152mm missiles, the most common of which are the RK-2S, RK-2OF, RK-2M-K, and RK-2M-OF guided missiles. They can be equipped with different types of warheads including tandem cumulative, high-explosive fragmentation, or thermobaric. high-explosive fragmentation are used against aerial targets and thermobaric warheads are used against targets such as troops gathering, trenches and concrete structures.

The STUGNA missile uses semi-active laser beam riding guidance. The missile can engage targets from 100 to 5,000 m, with flying time to the maximum range not exceeding 14.3 seconds.

Beam riding guidance is based on a signal that is pointed towards the target. The signal does not have to be powerful, as it is not necessary to use it for tracking as well. The main use of this kind of system is to destroy airplanes or tanks. First, an aiming station in the launching area directs a narrow radar or laser beam at the enemy aircraft or tank. Then, the missile is launched and at some point after launch is “gathered” by the radar or laser beam when it flies into it. From this stage onwards, the missile attempts to keep itself inside the beam, while the aiming station keeps the beam pointing at the target. The missile, controlled by a computer inside it, “rides” the beam to the target.