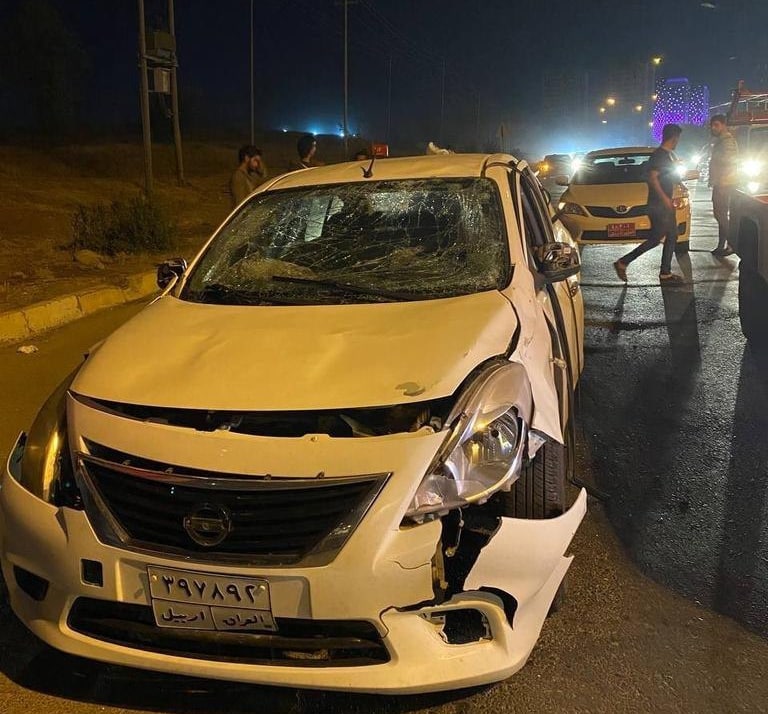 ISWNews Analysis Group: Late on June 8, as a result of a drone strike on targets on Pirmam Road on the outskirts of Erbil city, several people reportedly were injured and a number of vehicles were seriously damaged.

On June 8, at around 9:35 pm local time, a suicide drone struck Pirmam Road near the city of Erbil. According to the Iraqi Kurdistan Regional Anti-Terrorism Organization, three civilians were injured and several vehicles were damaged during the attack.

So far no group has claimed responsibility for the attack.

It should be noted that several security agencies and consulates of Germany, the United States and the United Arab Emirates are located near the Pirmam area.

The Minister of Interior of the Kurdistan Region confirmed the news of the drone attack in the Pirmam area and announced that the attacks were carried out by some outlaw groups. Following the attack, Iraqi Kurdistan Regional Government (KRG) Prime Minister Masrour Barzani and Iraqi Prime Minister Mustafa al-Kadhimi spoke by telephone about launching a joint operation to identify the perpetrators of the attack and punish them.

#Iraq #Israel
At 21:42 local time, Ilak Ron, a senior official of the Mossad assassination unit, reportedly was killed in a suicide drone attack on Pirmam Road in north of #Erbil. The United States has issued a Level 4 warning for travel to Libya and Iran… pic.twitter.com/HvuBNYSzgM

Some local media outlets believe that the initial target of the drone attack was the US Consulate in Erbil, which was shot down by Kurdish security forces, but a number of other media outlets claim that several members of the Israeli Mossad intelligence agency were killed in the attack. One person named “Ilak Ron”, the commander of the Zionist assassination squad, reportedly was killed.

Local sources also said that the main vehicles targeted were SUVs and that security forces did not allow anyone to take pictures or videos of them.

So far, no credible evidence of this claim has been published, but in a strange move, the media of the Kurdistan Region have published images of the injured in this incident, in which no traces of injuries can be seen! Also, the level and type of injuries of the people in the picture are not commensurate with the extent of the destruction of the car, and this reinforces the speculations about a targeted drone attack on the car carrying the Israeli Mossad operatives.