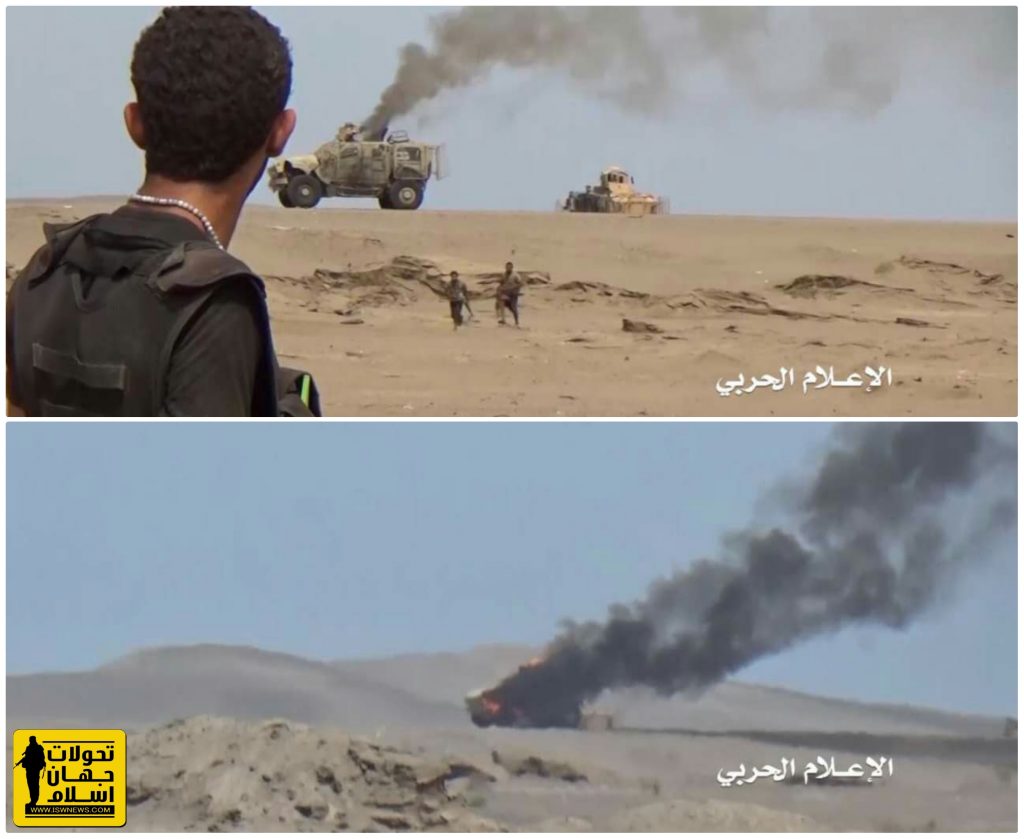 1- AnsarAllah UAV attack to the Coalition troops’ positions in Bariqah base, west of Aden, south of Yemen.

Local people said there was explosion and smoke coming from the base and Saudi Coalition reported to intercept the drone.

The fronts are unchanged and Faza and Nakhila (west of Durayhimi) is still under teasing attacks of AnsarAllah.

In despite of Emirates claiming operation halt with the excuse of UN emissary’s negotiation, Tuhayta is under heaviest attacks of Emirates fighters and forces supported by them in the last several days.

According to eyewitnesses, the Coalition is transporting troops and equipment to south of al Hudaydah and preparing new attacks.