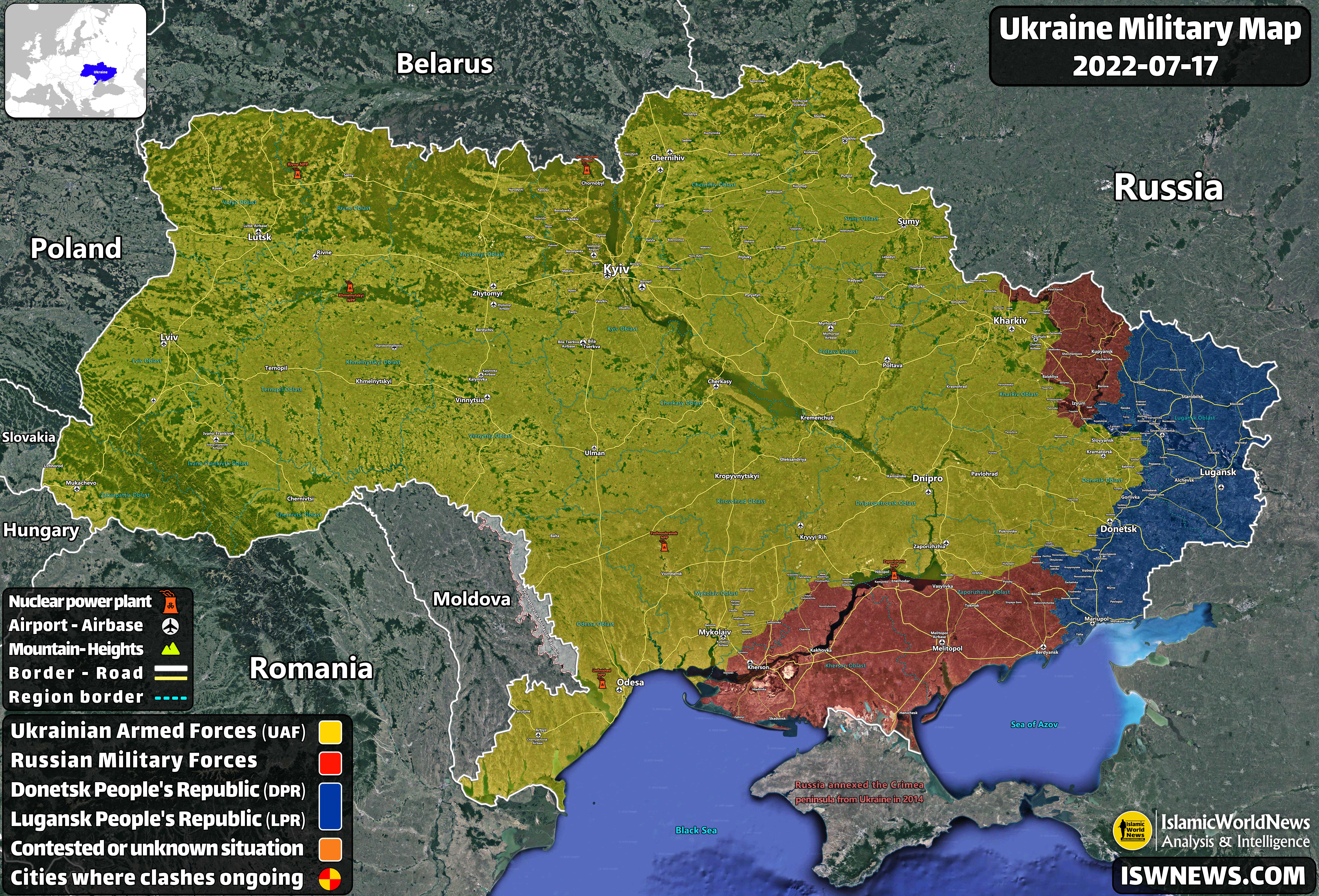 ISWNews Analysis Group: Clashes between the Russian army and the Ukrainian army in the provinces of Donetsk, Kharkiv, Zaporizhzhia and Kherson continues without any particular change in the conflict lines.

Russian missile attacks were carried out last night and this morning with Tu-22M aircraft from the Caspian Sea against the positions of Ukrainian forces in the cities of Poltava, Vinnytsia, Dnipropetrovsk and Cherkasy. Also, 10 missiles were fired at the city of Mykolaiv in southern Ukraine, and several Iskander ballistic missiles were fired from Belgorod province in western Russia towards Kharkiv province.

Southern fronts of Ukraine:
Russian aircraft have made about 200 sorties in the south and southeast of Ukraine. Ukrainian aircraft have been very active in the north of Kherson province in recent days. This issue, along with the recent Ukrainian attacks on Russian positions in Novakakhovka and Kherson airport, indicates the weakness of Russian air defense systems in this area.
In Zaporizhzhia province, most of the attacks of the Ukrainian army on the south-eastern regions of this province were carried out by artillery, and despite the announcement of the readiness of the Ukrainian army to launch a new operation and recapture of the southern regions of Ukraine, no particular movement has been observed in this axis so far.

Eastern fronts of Ukraine:
Russian artillery and rocket attacks on the Donbas fronts have decreased since yesterday, and most of these attacks are concentrated on the cities of Bakhmut and Slovyansk. The conflicts are focused on the Bohorodychne area and its surroundings, and Russian forces have made minor gains in this area.
In the Bakhmut axis, ground battles continue from the southeast side of Bakhmut and along the Bakhmut-Lisichansk road.

The front of Kharkiv province witnessed several counterattacks by Ukrainian forces yesterday, but they did not achieve anything notable. The exchange of fire and artillery attacks continue in this axis.
There are reports that the Russian army is preparing for a large-scale operation in Kharkiv province with the aim of securing the eastern areas of Kharkiv, which have yet to be confirmed.