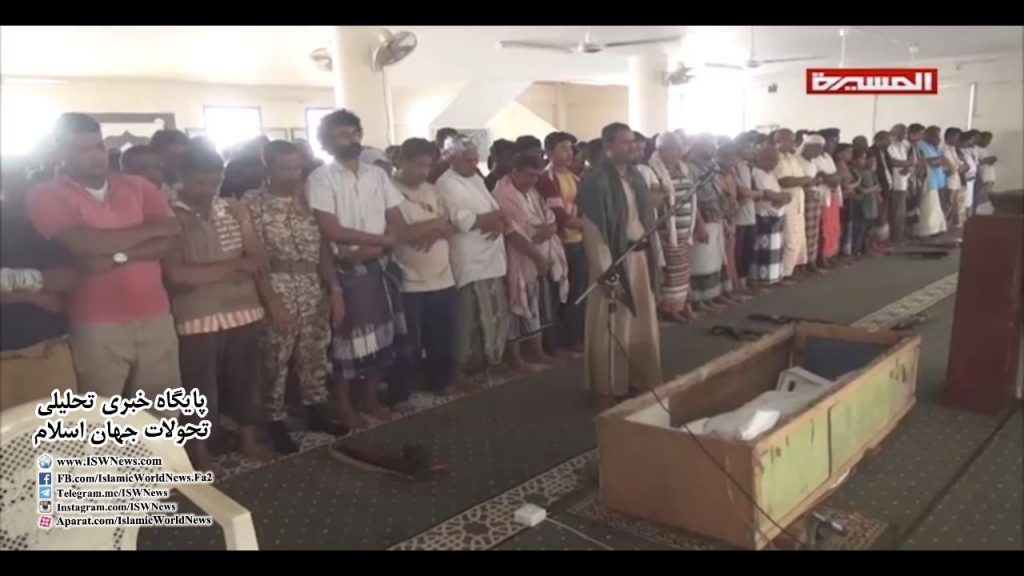 Photo showing the prayers of the people of the city of al-Hudayidah on the martyrs of the battle against the Saudi coalition, regardless of religion’s difference.

1- Al-Hudaydah: The fall of Tuhayta is denied.

Published videos and pictures are fake and it doesn’t show the control over Tuhayta.

Ansarallah said that they repelled the attack against Tuhayta and destroyed 10 military vehicles, killed 28 and injured 21 from UAE-backed forces.

2- One Badr-1 missile was launched towards the industrial city of Jizan in southern Aaudi Arabia.
The Saudi-led coalition said that they downed the missile.

3- Taiz:
Retaking the regions of  Asilah and al Dar Sharqi in suburbs of Muqbanah by Ansarallah and “Popular movement”, and they also cleared and repelled UAE-backed forces in heights of Wadi Hanayah in Waze`iyah region in Taiz.