Latest Military Situation in the Province of Daraa and Quneitra 13 July 2018; Liberation of Daraa City 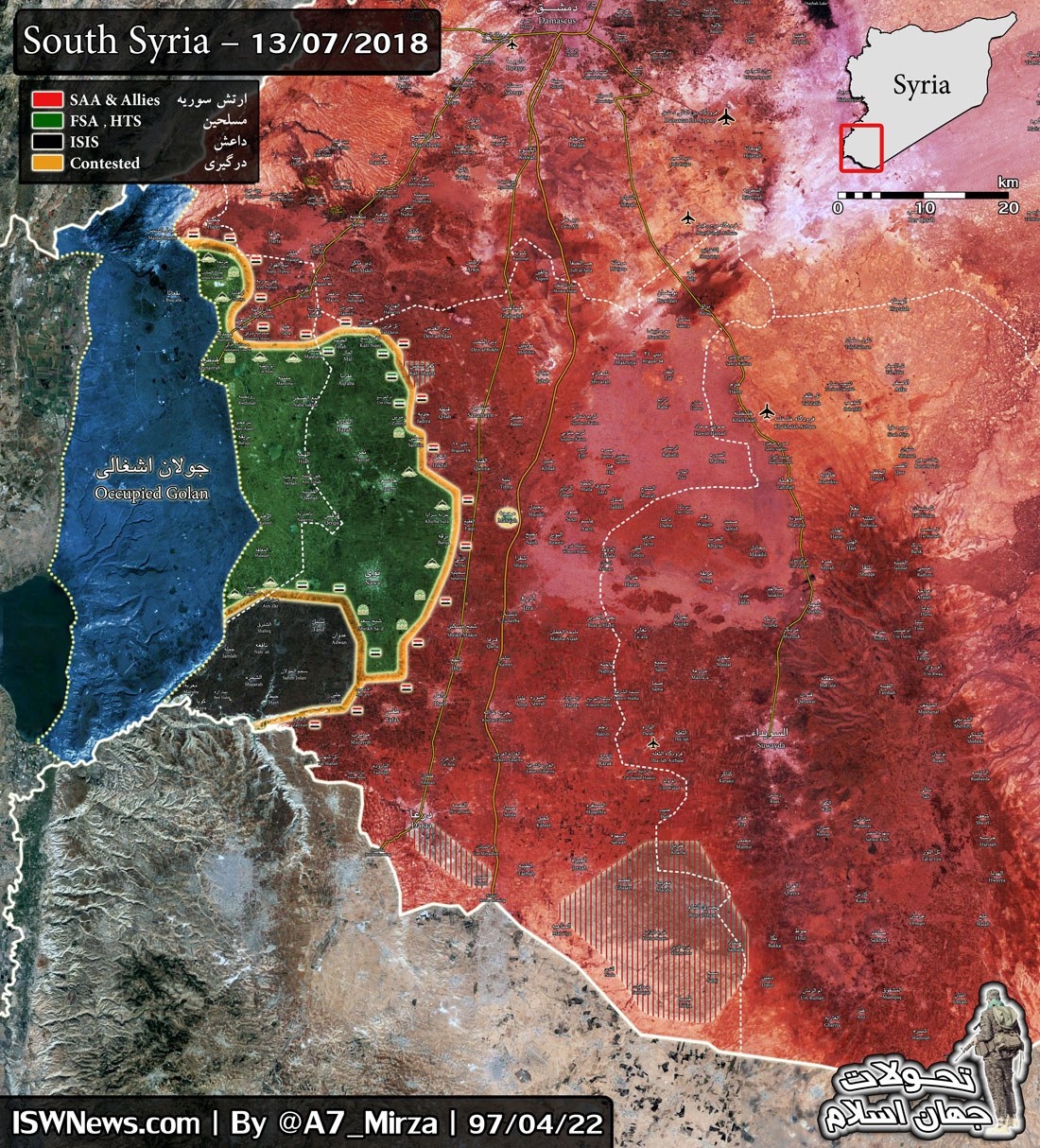 Islamic World News Analysis Group: With rising of the Syrian flag in Daraa al-Balad district of Daraa city, this city liberated from militants after 7 years.

Following the implementation of domestic reconciliations in Daraa province, Syrian army enters in militants-held part of Daraa city and with rising of the Syrian flag in Daraa al-Balad, Daraa city liberated after 7 years of war.

The process of reconciliation in Busr al-Sham and its surrounding villages continue.

Also in recent days, the areas of Tafas, Yadudah, Muzayrib and al-Ash`ary in west of the city of Daraa have liberated through the reconciliations.

ISIS terrorists also used the vacuum created in the southwest of Daraa province to control the village of Hayt.

In northwest of Daraa province, inhabitants of Kafr Shams town with rising the Syrian flag announced their readiness for reconciliation process.

Tal `Antar and Tal al-Alaghiyat in north of Kafr Shams were liberated by Syrian army and allies; due to this advances and liberation of this two important height the heavy clashes erupted between the government forces and Hayat Tahrir al Sham terrorists in the area.