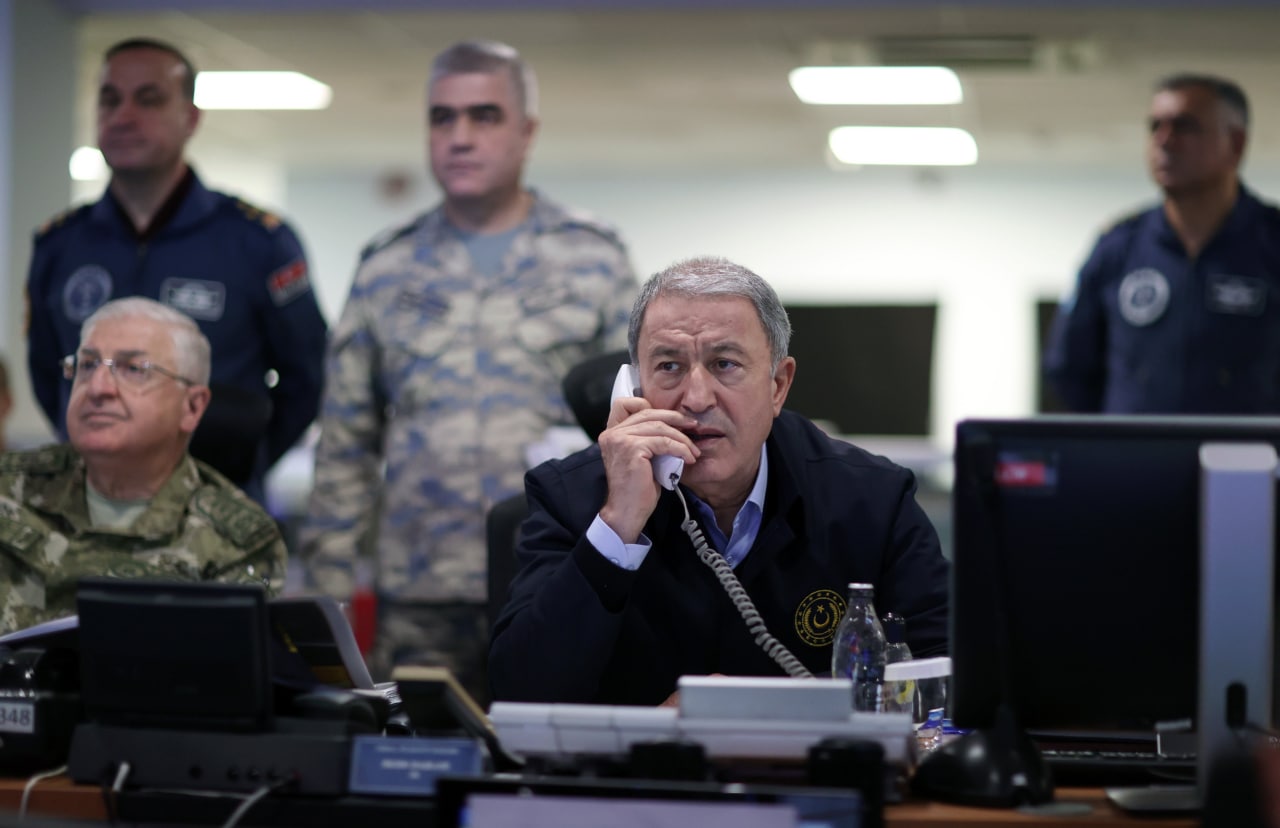 ISWNews Analysis Group: Turkish Ministry of Defense announced early Sunday it had carried out air strikes against outlawed Kurdish militant bases across northern Syria and Iraq which it said were being used to launch terrorist attacks on Turkey’s soil.

In the morning of November 20, Turkish Defense Minister Halusi Akar, along with General Yashar Güler, Chief of the General Staff of the Turkish Armed Forces, General Musa Avsever, Commander of the Turkish Land Forces and several other Turkish military commanders attended the Turkish Air Force Operation Center and minutes later an operation called “Claw-Sword” was started by the order of the Minister of Defense of Turkey.

Although official sources have not released information on the exact amount of casualties and damages of these attacks, local sources reported that 11 people were killed as a result of Turkish airstrikes in the northern regions of Syria. According to the announcement of the Syrian Ministry of Defense, a number of Syrian soldiers were also martyred as a result of these attacks.

“You have successfully completed Operation Claw-Sword.”

Mazloum Abdi, the commander-in-chief of the Syrian Democratic Forces (SDF), said in response to Turkey’s attacks on northern Syria,

“The bombing of these areas threatens the security of the entire region, and these attacks are not in the interest of any party.”

It should be noted hours before the start of Turkish airstrikes in northern Iraq and Syria, Turkish Interior Minister Suleyman Soylu, during a speech in the parliament of this country, considered the Kurdistan Workers’ Party (PKK) to belong to the CIA spy organization and stated that the United States supports this group.

The Turkish airstrikes came after a bomb rocked Istiklal Street in the heart of Istanbul on November 13, killing six people and wounding over 80 others. Turkish authorities blamed the attack on the PKK and its Syrian affiliate the YPG. The Kurdish militant groups, however, denied involvement. According to the claims of senior Turkish officials, the orders for the bombing incident in Istanbul were issued from the city of Ain al-Arab located in Aleppo province of Syria. This caused the Turkish military to attack areas in northern Syria and Iraq in response to this attack.