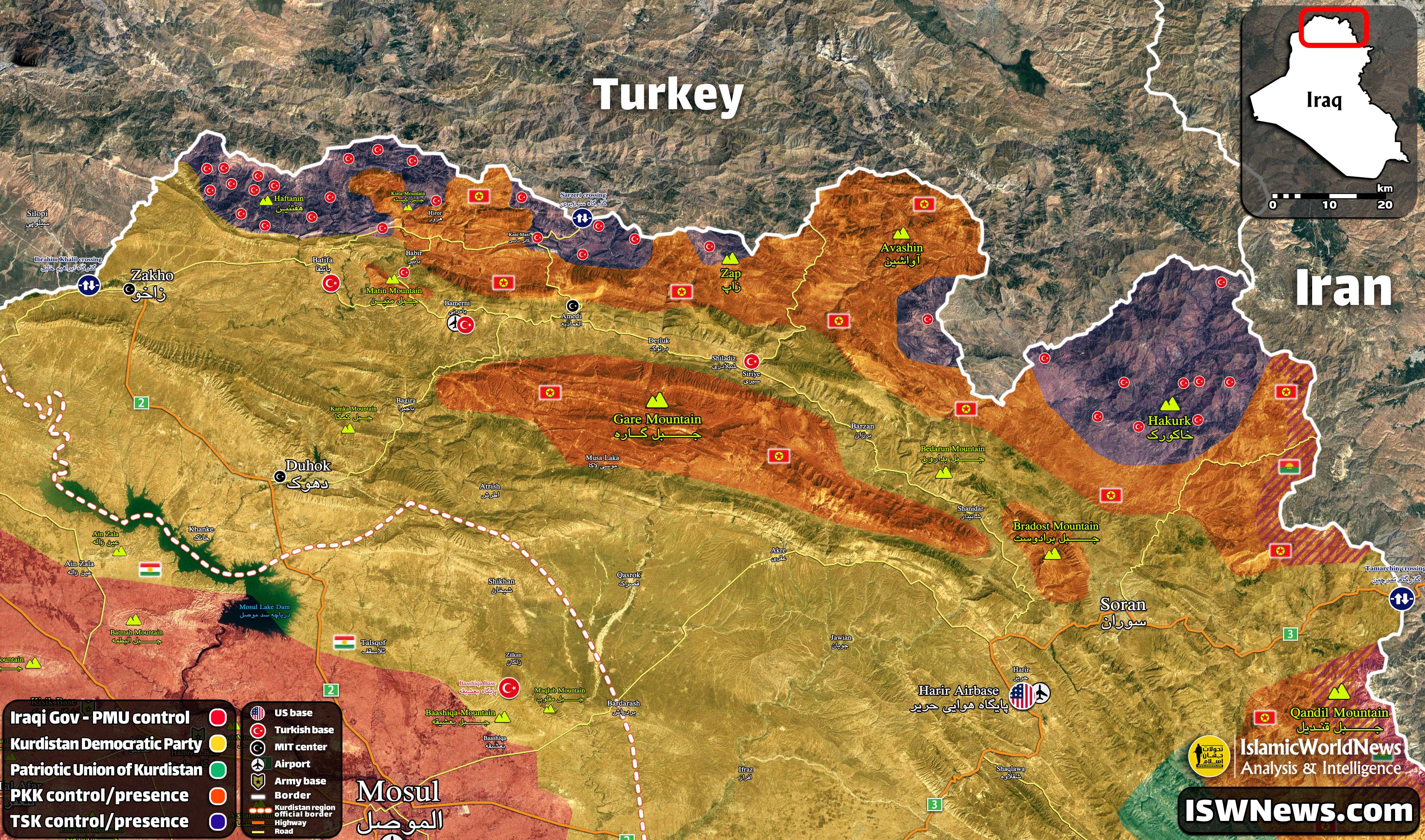 On the morning of April 18, Turkish Defense Minister Hulusi Akar, along with General Yasar Guler, Chief of General Staff, General Musa Avsever, Commander of Army, and Admiral Adnan Ozbal, Commander of the Navy, arrived at the Turkish Air Force Operations Center. Minutes after receiving the latest information and the status of the operational forces, the Turkish Defense Minister announced: “The Turkish Armed Forces have launched a new operation called ‘Claw Lock’ against terrorist targets in northern Iraq and to ensure the security of our borders.”

He claimed that Turkish planes had successfully targeted PKK hideouts, tunnels and ammunition depots in northern Iraq. Turkish Army commandos also, with the support of Turkish military helicopters and UAVs, penetrated deep into the designated areas. Akar added: “So far, our operation has continued according to plan and successfully, and the goals set in the first phase have been achieved.” At least 19 militants were killed while four Turkish troops were wounded during the offensive, the ministry said.

There was no immediate comment from the Kurdish militant group on the incursion and the defense ministry statement couldn’t be verified independently.

Turkey has conducted numerous cross-border aerial and ground operations against the PKK over the past decades. The latest offensive, named Operation Claw Lock, was centered in northern Iraq’s Metina, Zap and Avashin-Basyan regions.

In April 2021, Turkish Armed Forces also had launched an operation called ‘Operation Pence-Simsek (Thunder Claw) and Pence-Yildirim (Lightning Claw)’ against PKK elements in northern Iraq. The history of the Turkish army entering northern Iraq dates back to 1982 and the agreement between the two countries. According to the agreement, Turkey is allowed to enter a depth of 20 km in northern Iraq.