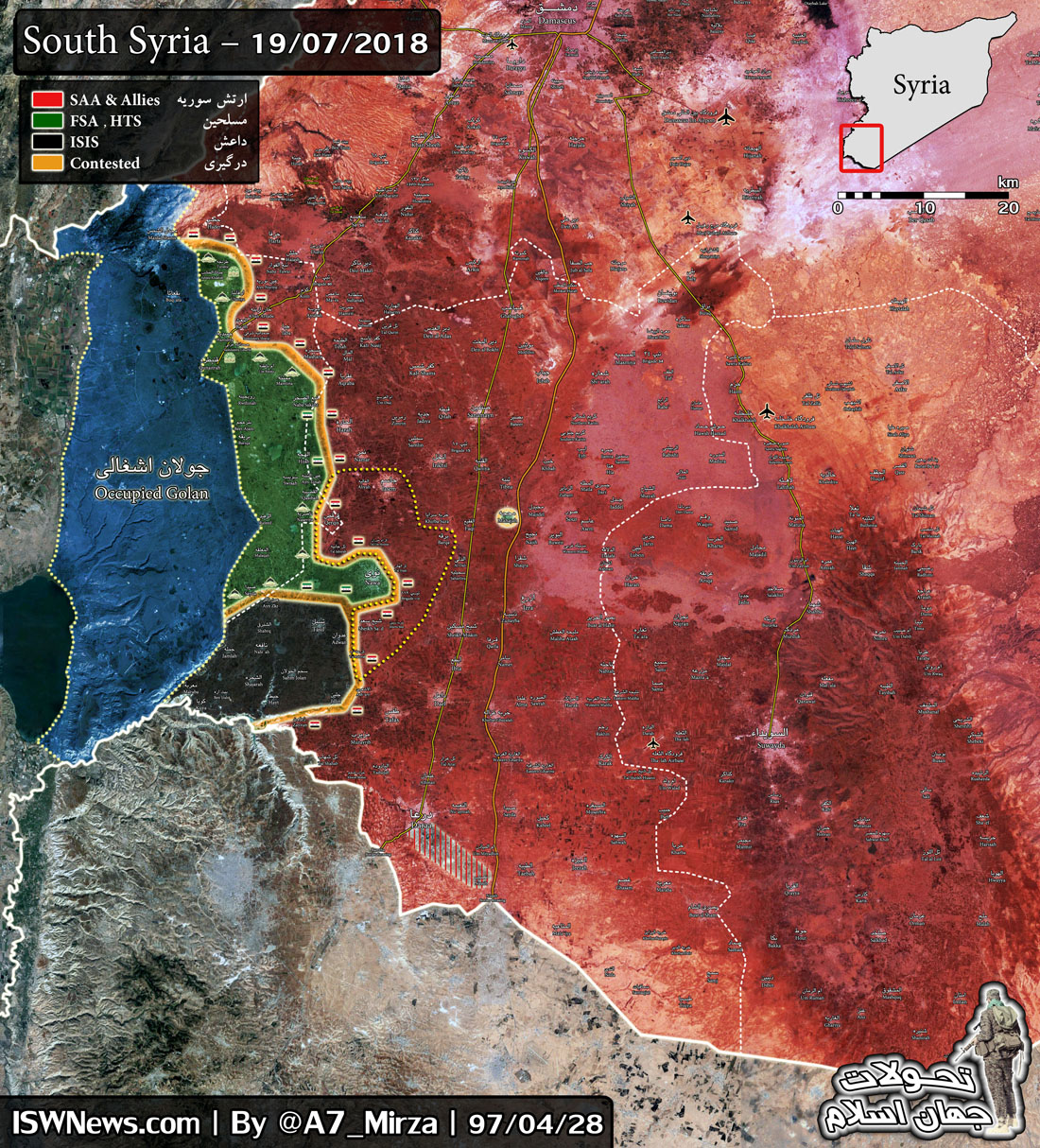 In continuation of the Army’s operation in south of Syria, yesterday small village Aliyah in west of town Jasem was liberated by the Army and by rising Syrian flag in town Jasem and local people’s accepting the peace treaty, Syrian Army entered the town and is under its control.

Villages Qarqis, Sukariyah, Sheikh Sa`d and some other points are liberated by Syrian Army too.

Town Nawa is considered as the last important base of militia in south of Syria and in near future, this town will be freed either by agreement or military operation and the remainder of Tahrir al Sham’s terrorist who are resisting sporadically in some points in west of Daraa province will be defeated.

These incidents in south of Syria are while there is news that militants of Quneitra has agreed to surrender and the buses arrived at the Ba`th town to transport the militants to Idlib province.

The memories of all the martyrs of fight against terrorism from Syrian and Lebanese to Afghani, Paki and Iranian are cherished, martyrs whose bravery and sacrifice made these victories possible.