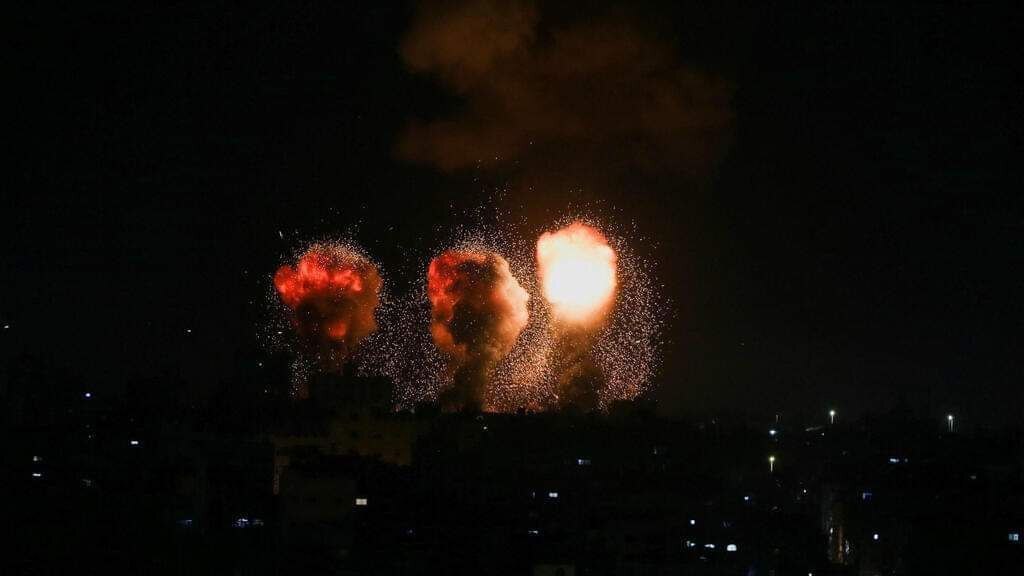 ISWNews Analysis Group: Early in the morning of December 4, the Israeli regime struck positions of Palestinian groups in the Gaza Strip with several missiles.

After last night’s rocket attack by the Palestinian resistance on the Zionist settlement in Nahal Oz, the Israeli army decided to retaliate and targeted several positions in the Gaza Strip.

The fighter jets of the Israeli regime struck the Qadisiyah base belonging to al-Qassam Brigades, the military branch of the Hamas movement in west of Khan Yunis, an agricultural land in east of the Rafah crossing and an observation tower belonging to the Palestinian resistance in east of Khan Yunis with several missile. The initial reports indicates that there were no casualties in these attacks.

After these attacks, al-Qassam Brigades issued a statement and announced:

“The resistance air defense has confronted Israeli fighter jets during the early morning attacks on the Gaza Strip and opened fire on them.”

According to the Israel TV channel 12, the Israeli army bombed another Hamas base in response to the direct firing of SAM-7 at Israeli fighter jets in the Gaza Strip. According to the statement, a Hamas rocket production center, a tunnel and a military base belonging to the Palestinian resistance were targeted.

It is worth mentioning that some Hebrew media have identified Saraya Al-Quds, the military wing of the Islamic Jihad movement, as responsible for firing rockets from the Gaza Strip towards the occupied territories. They believe that Saraya al-Quds has done this action in response to the martyrdom of two resistance commanders in Jenin by the Israeli military.