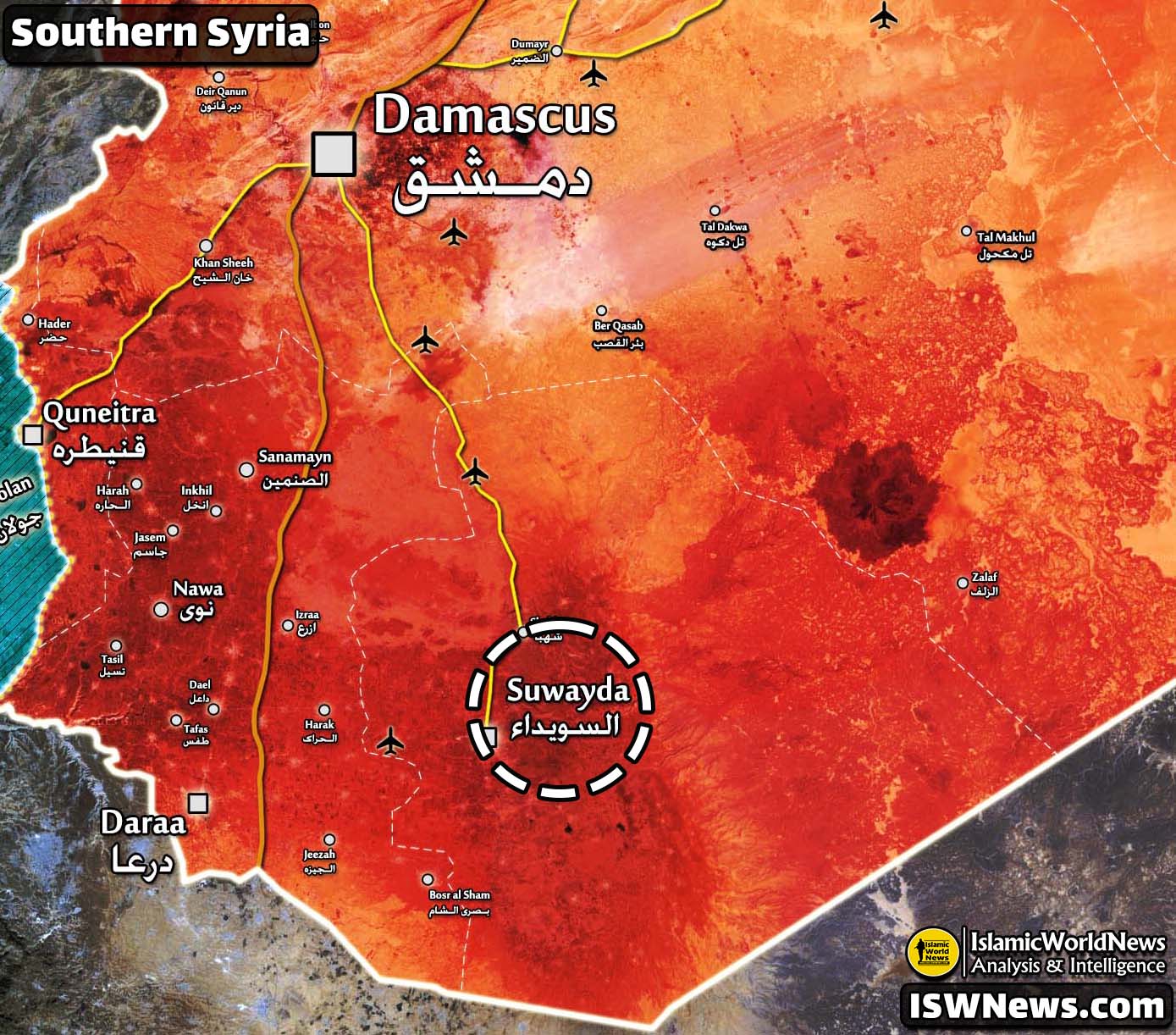 ISWNews Analysis Group: As a result of the clashes between the protesters and the Syrian security forces in the city of Suwayda, one Syrian Army serviceman was martyred and another was injured.

On December 4, some residents of Suwayda city protested against livelihood problems, frequent power outages, water supply problems and lack of fuel and blocked several streets of this city by burning tires. Following the protests, the rioters stormed the governor’s building and took control of it and started violent behavior. However after the arrival of the security forces, the protesters were forced to withdraw from the Suwayda governorate building, but the armed conflict between the protesters and the security forces continued in the streets of Suwayda, including around the police headquarters in the center of the city. The clashes ended after several hours with the large presence of Syrian security forces in the streets of Suwayda.

According to the announcement of the interior ministry of Syria, one of the Syrian security forces and a protester have been killed during the clashes in the southern Syrian city of Suwayda.

It is worth mentioning that some time before and after the beginning of the demonstrations in Shahba and Majdal towns in the north of Suwayda, the Israeli elements took over the management of the gatherings, but the observations carried out by Hezbollah security forces led into arresting a number of groups related to Israel.

This event indicates that the unrest in southern Syria is one of the favorite subjects of the Israeli intelligence agencies. The recent protest gatherings were organized under the pretext of the difficult living conditions in Suwayda province and it is controlled by the Mossad.

It’s likely that lack of proper management of the riots by the Syrian authorities, the influence of intelligence services, directing the protests and abusing the people’s demands can cause a widespread insecurity and conflicts in the south of Syria again.