UAE FM Visits Syria On A Second Time In A Decade! 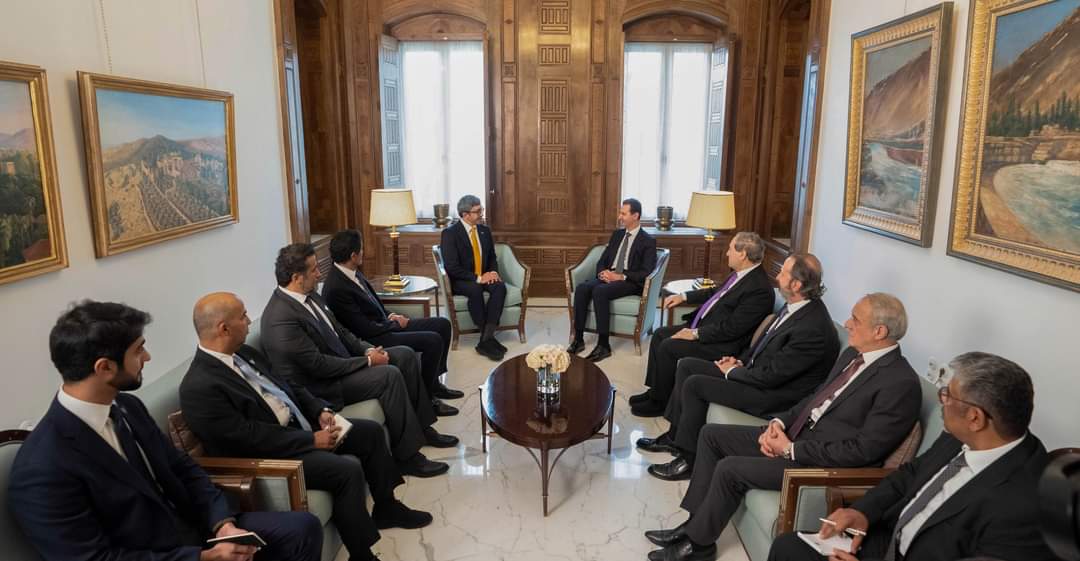 This is the second visit of the UAE foreign minister to Syria in the last 10 years.

The visit came days after the trilateral meeting of Russia, Turkey and Syria on December 28 in Moscow.

In this meeting, the Syrian president and the UAE foreign minister discussed outstanding relations that bring Syria and the UAE close together and cooperation between the two countries in different fields such as economic and commercial ties.

Al-Nahyan expressed his country’s support for a political solution to end the conflict in Syria that secures Syria’s stability and sovereignty.

It is worth mentioning that in March 18, 2022, Syrian President Bashar al-Assad traveled to the UAE after 11 years i.e, since the beginning of the Syrian war in 2011 and met with senior UAE officials.