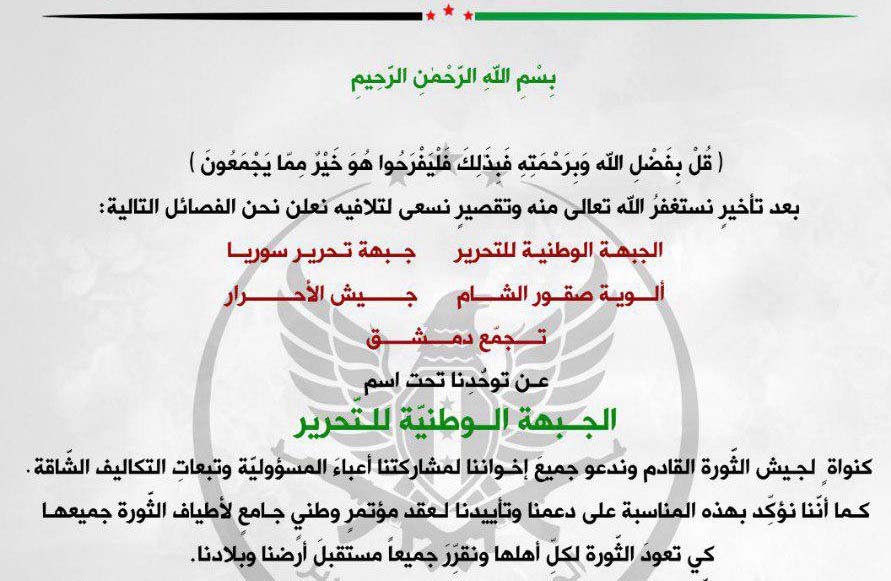 Although the name is not new and there was a group with the same name, rebels claim to form a new alliance.

Bashar al Ja’afari in the recent Astana summit critiqued Turkey’s stands in Idlib province severely and said that Turkish government not only violated the “de-escalation zone agreement” but also does not fight against Tahrir al Sham terrorists and Syrian Army has the right to perform a military operation to fight against Tahrir al Sham terrorists.

Experts believe that Turkish government using a new militant group is trying to reduce the critics and fight with Tahrir al Sham using the newly formed group or at least using “National Front for Liberation” (NFL) can claim that these efforts are to fight back Tahrir al Sham and is in compliance with Astana agreement thus there is no need of Syrian Army operation in Idlib.