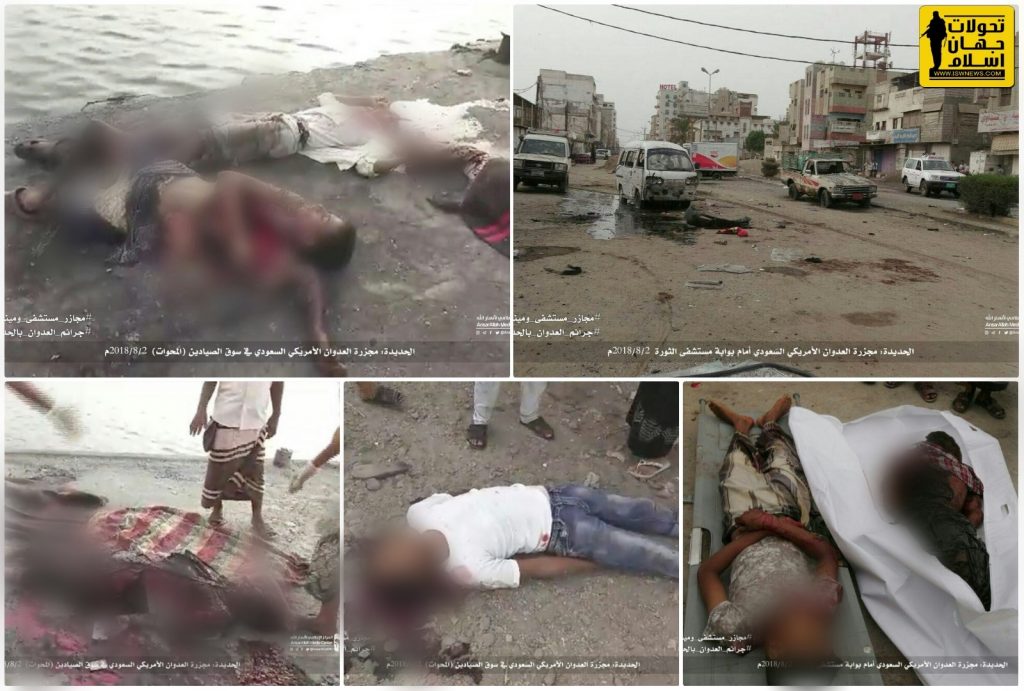 “The images are about Saudi-led coalition strikes against Al-Hudaydah and death of civilians.”

The beginning of heavy strikes, both from air & ground by UAE-backed forces in Ad-Durayhimi.

2. UAE is trying to gather & deploy forces from Latin & South America to send them to war in Yemen.

3. Bombardment of al-Thurah hospital & fish market and other public places of Al-Hudaydah by Saudi-led warplanes.

According to the latest statistics, in these attacks 55 were martyred and 130 injured.

According to local sources, these bombardments still continues.