Latest Updates on Yemen 18 September 2018; The Big Battle of Hudaydah! 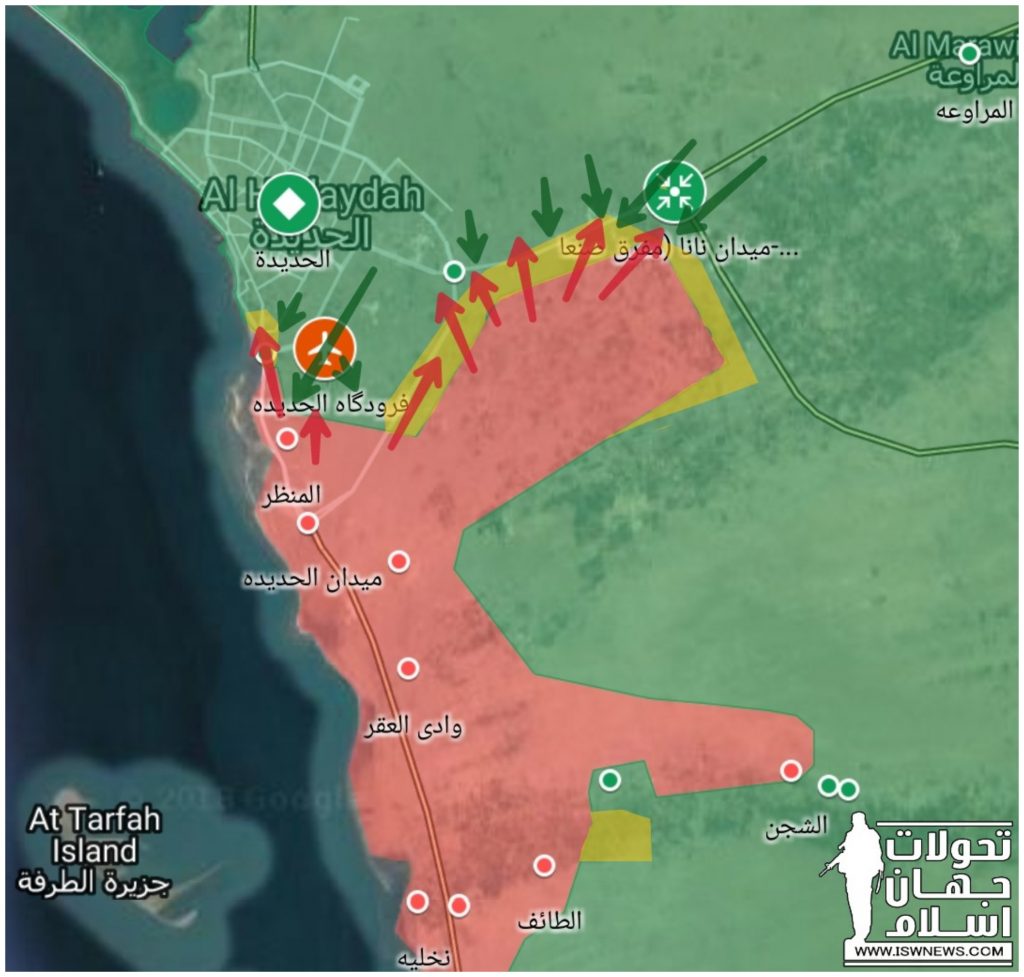 – Last night the Saudi Coalition announced the start of the big operation to capture Hudaydah city and after that all areas inside Hudaydah city specially the eastern and southern part came under heavy airstrikes and artillery fire.

Right now most of clashes going on near Kornish square, Matahin square and in vicinity of Nana(16km) square.

Heavy clashes and airstrikes by Coalition continue on eastern Hudaydah road and Ansarallah resisting so far.