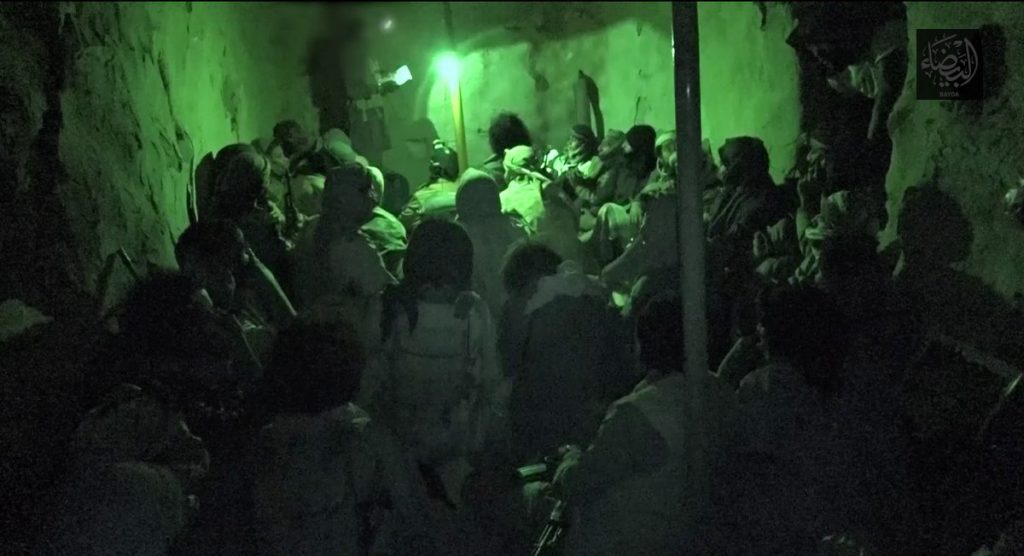 ISIS has released a 12 minutes long video about its training facilities in its self-proclaimed province of Al-Bayda.

The southern parts of Al-Bayda as well as Taiz are one of the main battlefields of the ongoing Yemeni war. Houthis, Hadi loyalists (backed up by the Saudi-led coalition), Al-Qaeda and ISIS have own interestes in the area.

However, the slow growth of ISIS and the rapid expansion of Al-Qaeda in the areas controlled by the Saudi-led coalition and their allied units from the Hadi forces is extremely worrying.

Widespread acts of terrorism and assassinations are observed in many small and large towns, including Al-Mukalla and even Aden, the main stronghold of Hadi forces.

There are significant behavioral differences between the Syrian branch of Al-Qaeda (formerly known as the Al-Nusra Front; now known as Hayat Tahrir al-Sham) and the Yemeni Al-Qaeda branch when it comes to the usage of force.

The Syrian Al-Qaeda tries using populist rhetorics in order go gain at least minor support from the local population. However, the Yemeni branch of al-Qaeda doesn´t show even significant interest in following the example of its Syrian counterparts. Thus, the Yemeni Al-Qaeda branch has proven itself to be as murderous and violent as ISIS.