Gallery
Turkey and US joint patrols in Manbij 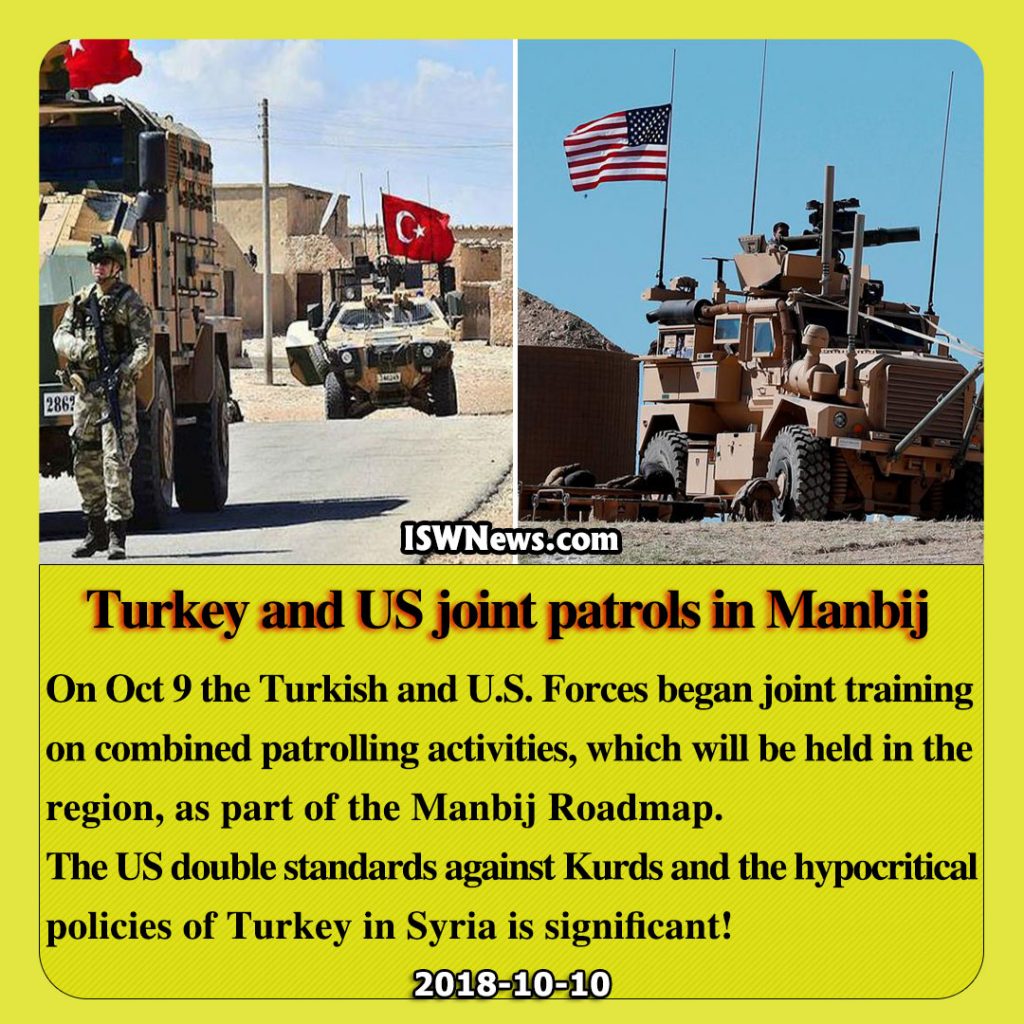 On Oct 9 the Turkish and U.S. Forces began joint training on combined patrolling activities, which will be held in the region, as part of the Manbij Roadmap.

The US double standards against Kurds and the hypocritical policies of Turkey in Syria is significant!

The United States, on the one hand, in order to reduce the tensions with Turkey is working with this country to destroy the activities of the Kurdish forces in the west of Euphrates around the Manbij, but on the other hand, the US is helping the same Kurds in the East Euphrates!

Turkey, on the one hand, is working with the Russian-Syrian-Iranian alliance to resolve its military and security problems and, on the other hand, shake hands with American in northern Syria.