Sandstorm in East of Euphrates and ISIS Attacks Resume 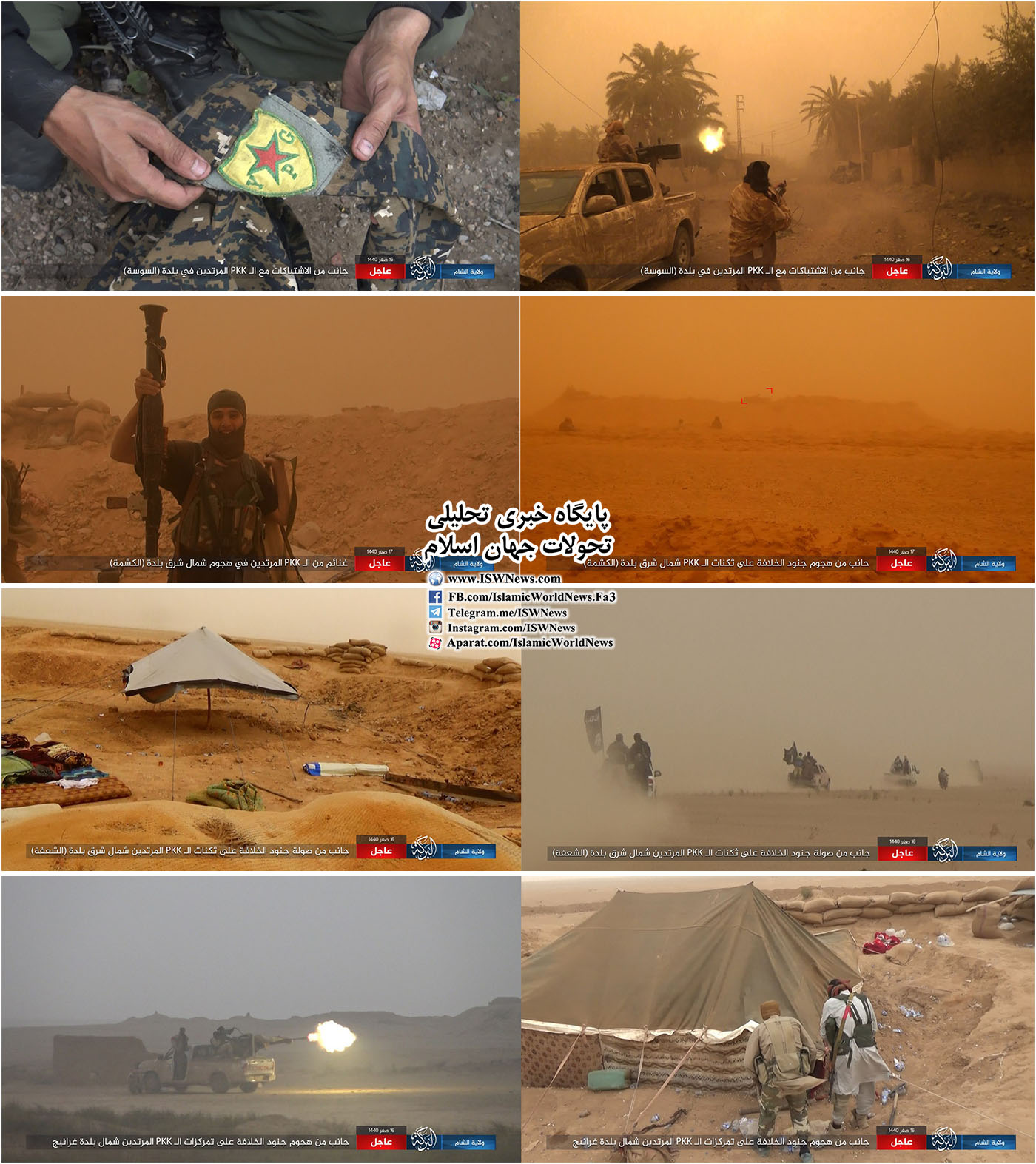 Islamic World News Analysis Group: ISIS terrorists could use the harsh weather and impose high casualties to SDF in east of Euphrates River.

From yesterday noon a sandstorm started in east of Euphrates River and US Coalition fighters are grounded and as usual ISIS terrorists are using the situation to start a new wave of attacks in all frontlines with SDF.
These days every sandstorm means activation of frontlines by ISIS.

In Susah front, terrorists could enforcing SDF back and occupying half of Susah.
Also SDF positions near Hajin, northeast of Sha’fah and Kashmah, north of Gharanij and Baghuz Foqani were under heavy attacks.
According to ISIS media more than 40 SDF are killed and four captured.

After the storm, US Coalition flew again and reinforcement sent to fronts to reclaim lost regions.