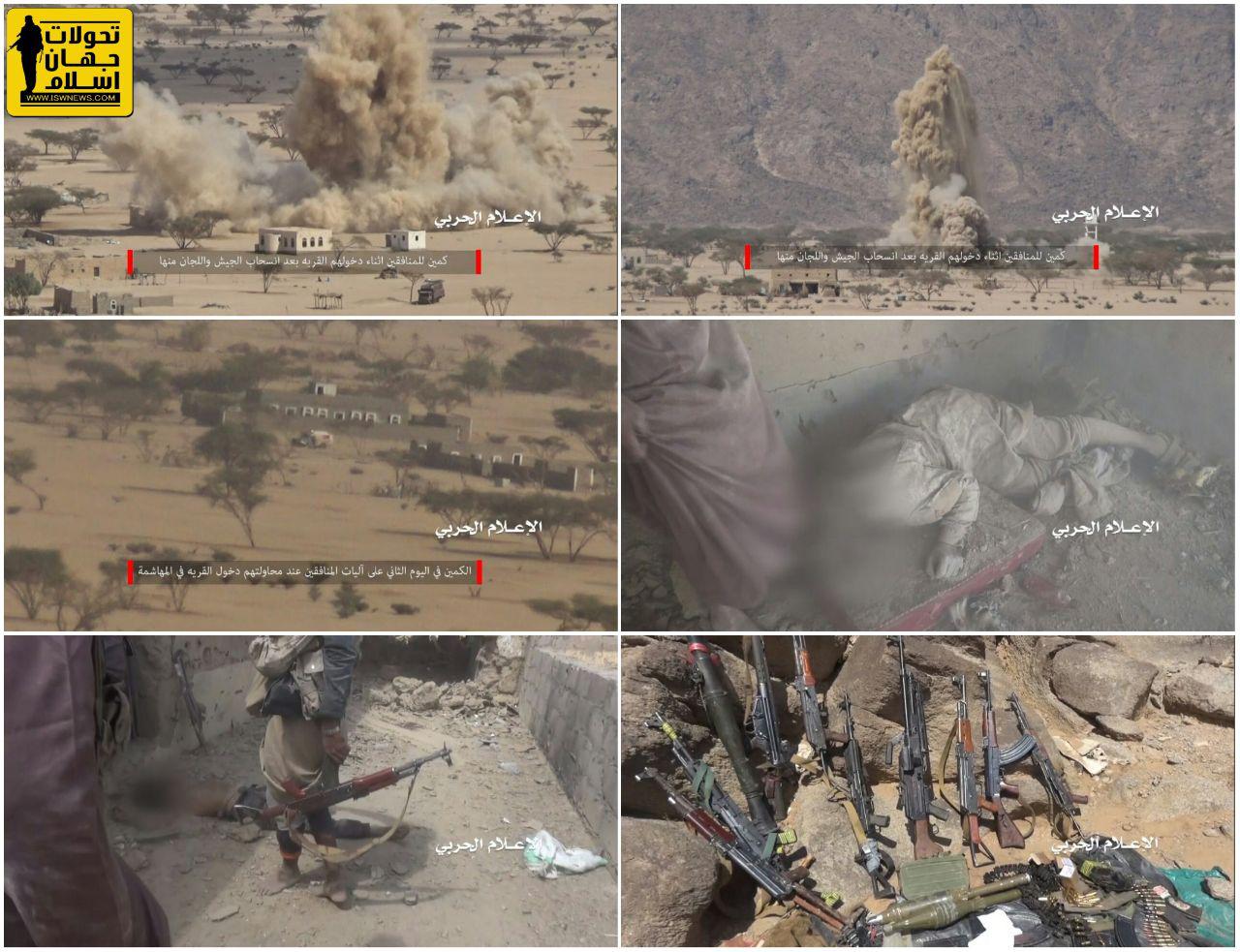 Latest news from heavy battle of Hudaydah, Hajjah and Sa’adah

– Firing a Badr-P1 missile at gathering of Saudi-led forces in Yemeni western shores.

– The heavy attacks of Saudi Coalition forces to Hudaydah city continue from two main axes, one axis from south of city and another from eastern road.

In the southern axis, the building of the Faculty of Medicine and Health Sciences of Hudaydah also fell to coalition forces.
Ansarallah announced that 113 Saudi-led forces were killed and 156 were wounded and 69 military vehicles were destroyed during the battles of the last two days in Hudaydah.
Also the Mansour Hadi’s and Tariq Saleh’s forces are in the frontlines of the battle against Ansarallah…

Images of the UAE troops, Tariq Saleh in the suburb of al-Hudaydah

Baqem is under Ansarallah control and Saudi Coalition reached to Marran triangle in Malahit axis and Anmar heights in Kitaf axis.

With the aim of controlling Sa’adah, and pressure on Ansarallah and to weaken the resistance of the al-Hudaydah Front, the Saudi coalition announced the start of operations in various axes of Sa’ada.

The Coalition forces have launched heavy attacks against Ansarallah in the Wadi Abdullah and Al-Zubertin areas north of the north.

If the situation and military tactics of Ansarallah do not change in the Haradh area, the fall of the Haradh would be probable.