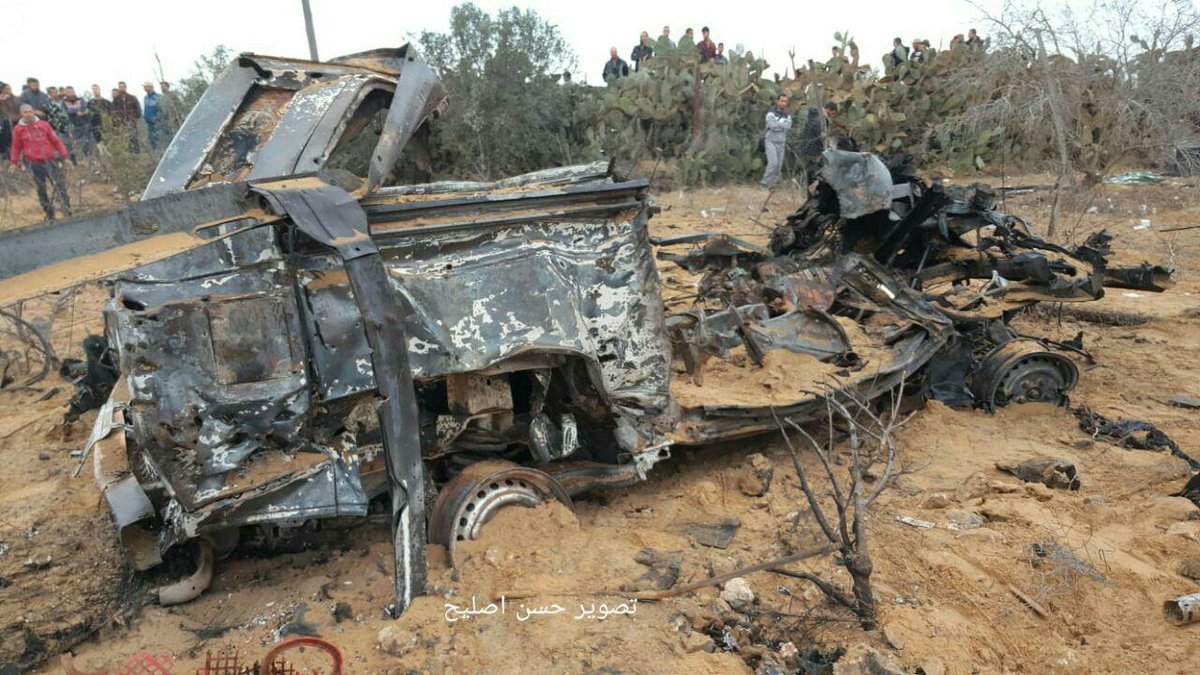 Nour al Din Barkah, who is one of commanders of Izz ad-Din al-Qassam Brigades, was present there and after was martyred during the engagement.

After that Zionist soldiers returned to their car and tried to flee away but were chased by Palestinian fighters and were surrounded.

Then Israeli fighters entered the battle and by bombing the area around Israeli troops tried to break their siege.
After that an Israeli Army helicopter landed near the siege area and under support of fighters and Israeli commandos, the special force troops mounted on the helicopter.

In this engagement, one high rank officer from Israel is killed and some are severely injured.

Photo showing the car which was used by Israeli troops last night.