ISIS is completely expelled from common border of Lebanon and Syria 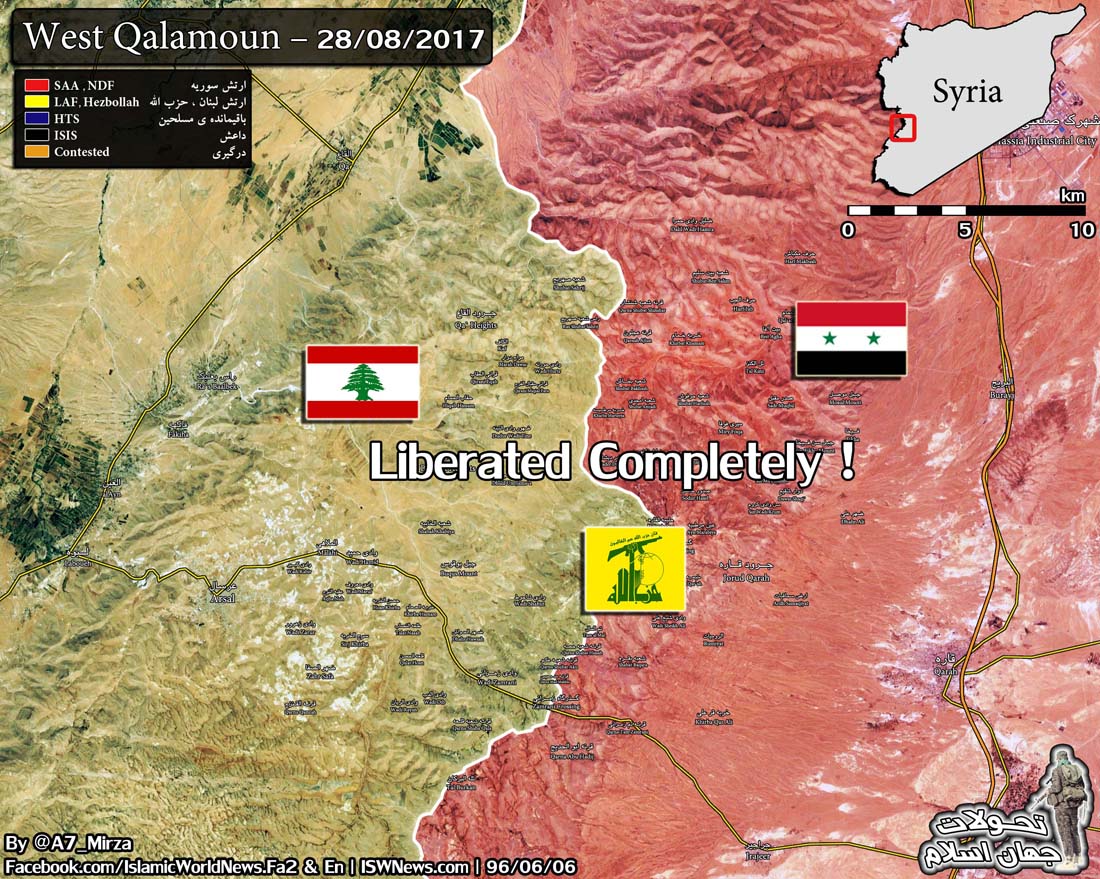 After years, the common border of Lebanon and Syria is completely freed from armed men and ISIS forces and the region is in secure now.

Official announcement of liberating the region was declared after departure of the last bus of ISIS terrorists from west hills of Qalamoun to BuKamal.
Total number of expelled person in the last step is 637 persons: 350 members of ISIS, 150 women and Children, 112 from Arsal and Qarra, and 25 injured persons.