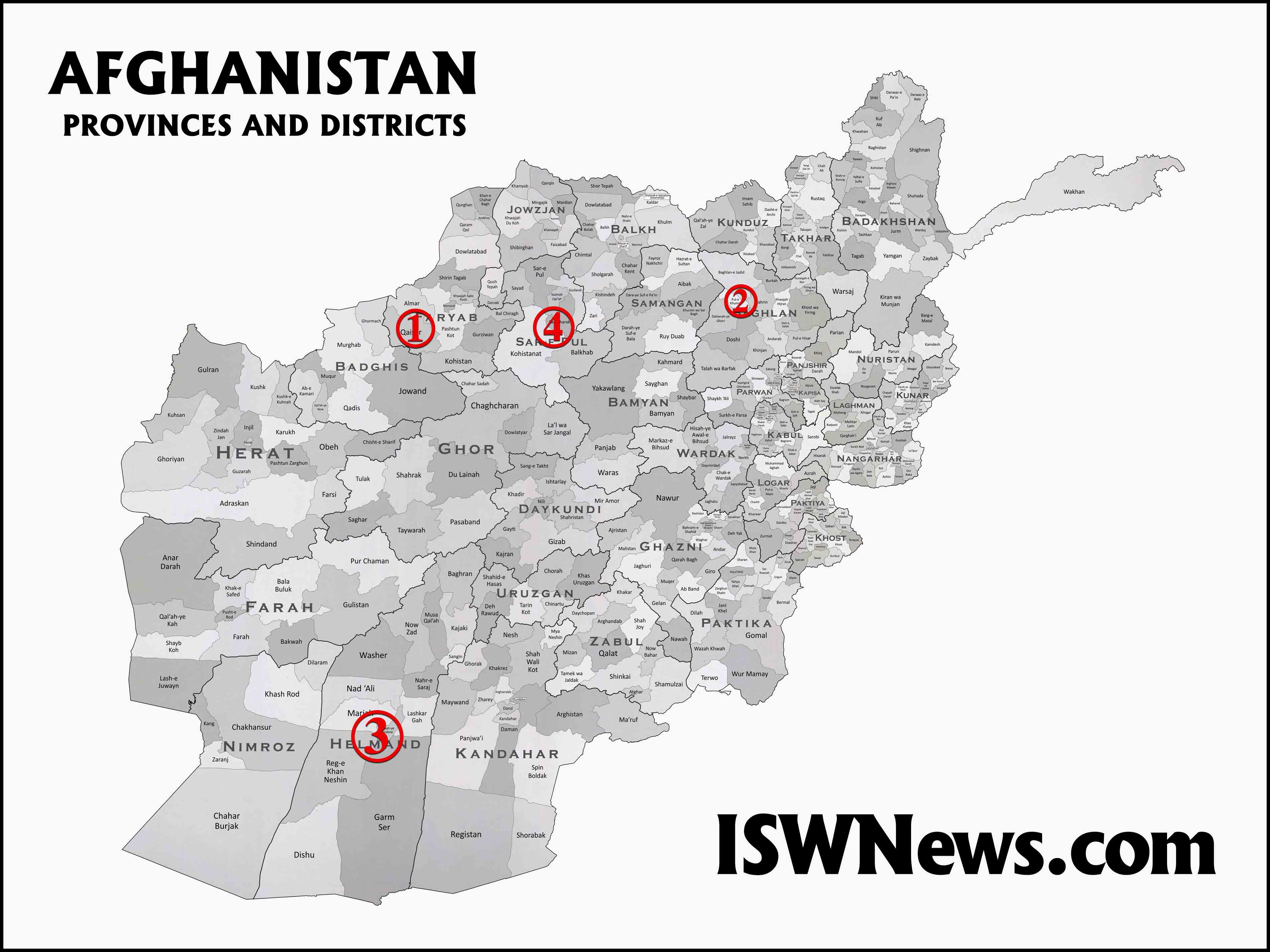 Head of the provincial council of Sare Pol: More than 60% of Sare Pol province is in the hands of the Taliban.

ANA states that all attacks were repelled; Nevertheless, the spokesman for the Taliban announced the capture of a military post and the deaths of 21 soldiers.

The explosion of a bomb planted in a car in Pole Khumri wounded several civilians.

The explosion of a magnetic bomb in front of the national television caused a civilian death.