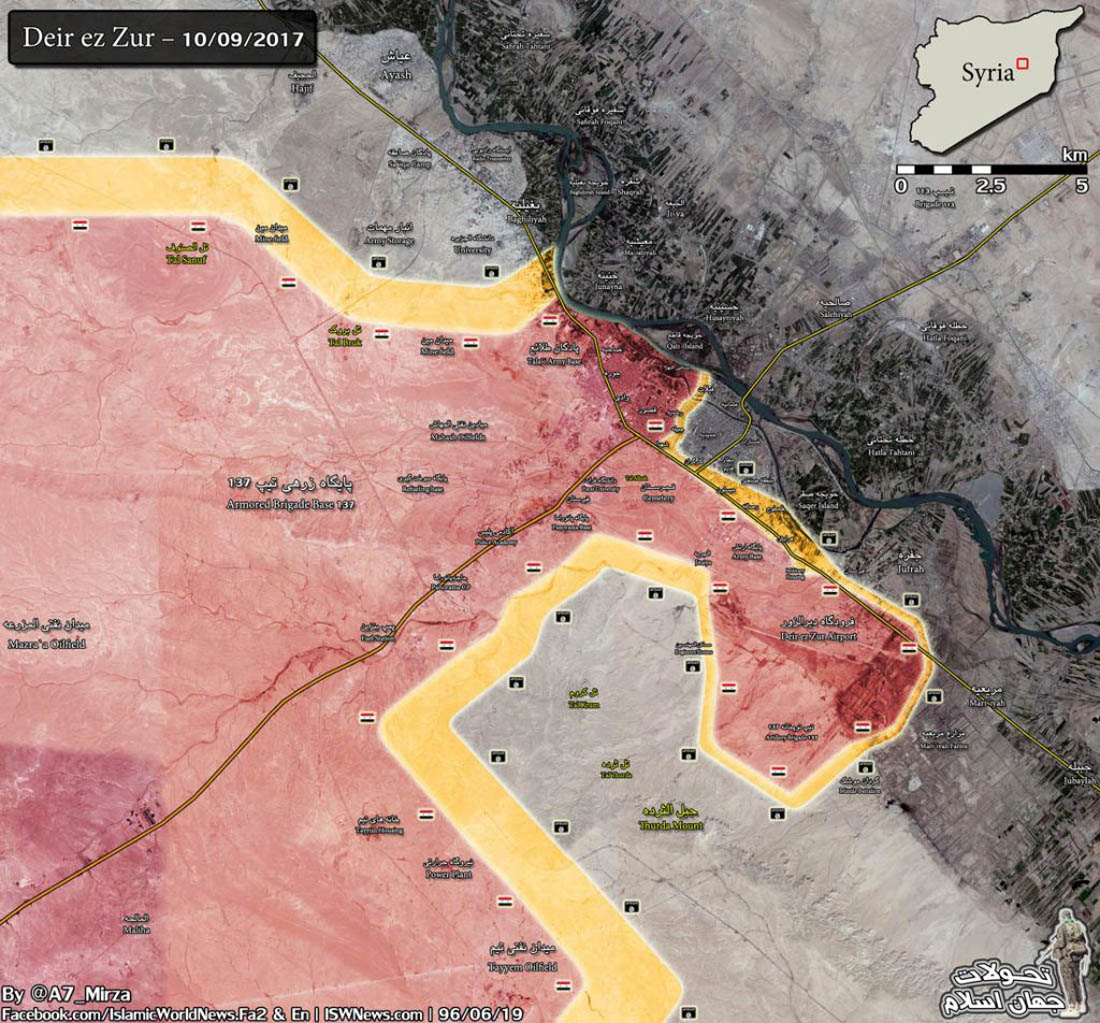 According to the news and analytics outlet of Islamic World News the Deir Ezzor-Damascus route liberated completely.

Since this morning and in the following of clearing the city Deir-Ezzor and surrounding area, the Syrian army and allies succeeded in clearing the entire route between Deir Ezzor and Shula, thus the Deir Ezzor-Damascus route liberated completely.

Today, Masaken-Tayyim and thermal power stations were liberated, and forces in the Shula axis advanced on highway to Panorama Square.

Also, at noon , the Syrian army opened another axis in Bhaghilia and Ayyash in the northwest of the city, and news confirm the advances of the army on this axis.