The north of Deir Ezzor will be under the SDF’s control ! 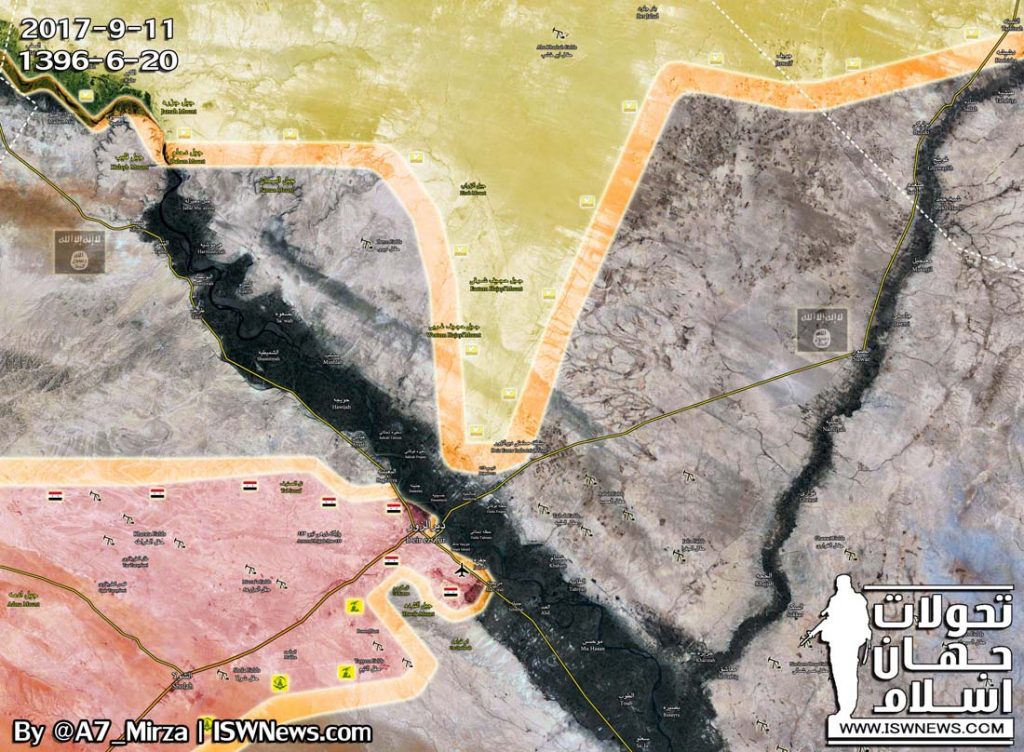 According to the news and analytics outlet of Islamic World News the Syrian Democratic Forces (SDF) announced the start of Operation Deir Ezzor, called the Storm of the Island

According to SDF spokesperson, the aim of this operation is controlling east part of Euphrates River in which some forces of Dayr Al-Zur committee, forces of Syrian Democrats and international coalition forces leaded by U.S. involve there.

According to news reports, the Syrian Democratic forces, with the withdrawal of ISIL from the vast areas in the northeast of Deir-Ezzor, managed to control 45 kilometer of these areas in the last two days, including areas such as Hujaif al-Zarab and Tel al-Jahif, and “Jebel Al-Zarab”, and “Beer Al-Dumini”.

Currently, SDF has reached the industrial city of Deir Ezzor and the 113 Brigade, and intense conflicts are continuing around the region, recent news about controlling this area by Kurds is not right.

So in this situation and especially the reluctance of the Syrian army to cross the Euphrates, the north of Deir Ezzor should be considered for SDF and Kurds will  capture these areas in the coming days.