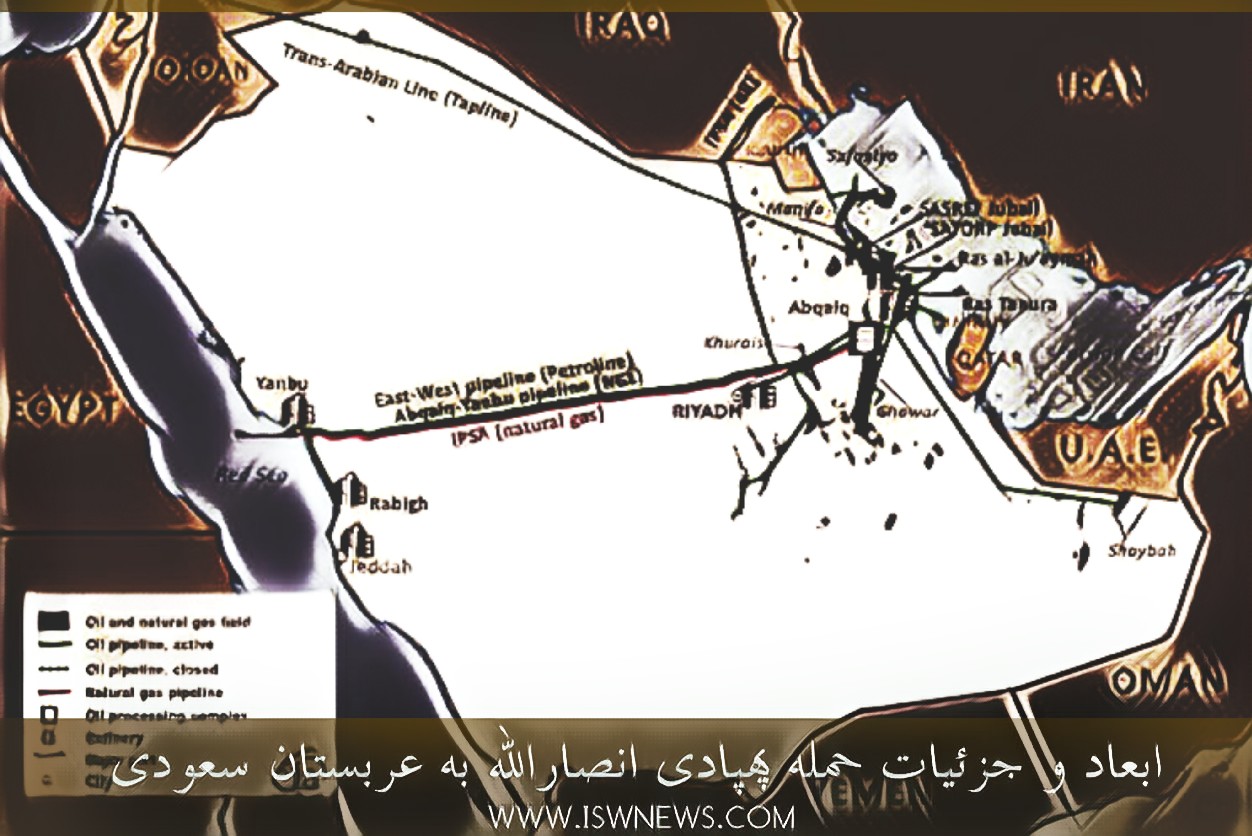 In this operation Ansar Allah’s 7 drones flew 700 km in Saudi airspace and attacked two pump stations in East-West pipeline of Saudi Arabia in Dawadimi and Afif cities.
Ansar Allah’s officials called this attack an answer to Saudi Coalition everyday crimes in Yemen and also a welcome to US Navy unit entrance in Persian Gulf. They also threatened Saudi to more severe attacks if they continue assaulting Yemen.

Khalid A. Al-Falih, Saudi Energy Minister confirming the news said eighth station is under fire and oil transportation is halted until it is fixed.

Saudi’s East-West pipeline is meant to bypass Strait of Hormuz and has the capacity of transporting 7 million barrels a day, which also provides feedstock to refineries of west of Saudi such as Yanbu, which are crucial in Saudi economy and world’s petrochemical market.

This operation and Fujairah attack are serious warnings to the world and specifically Saudi and allies and their customers that even Saudi and Emirates maximum oil and gas production might not be enough.
Another warning was for US that they can receive such attacks anywhere from Iran, AnsarAllah and Resistance.

In despite of heavy economical and political pressures on Iran and allies, it can be seen that Resistance has upper hand in military situation over Israel, US and their allies in the region.

USA which is engaging economically with China, politically with Venezuela, military in Afghanistan and ten other points do not have the strength to confront Iran.