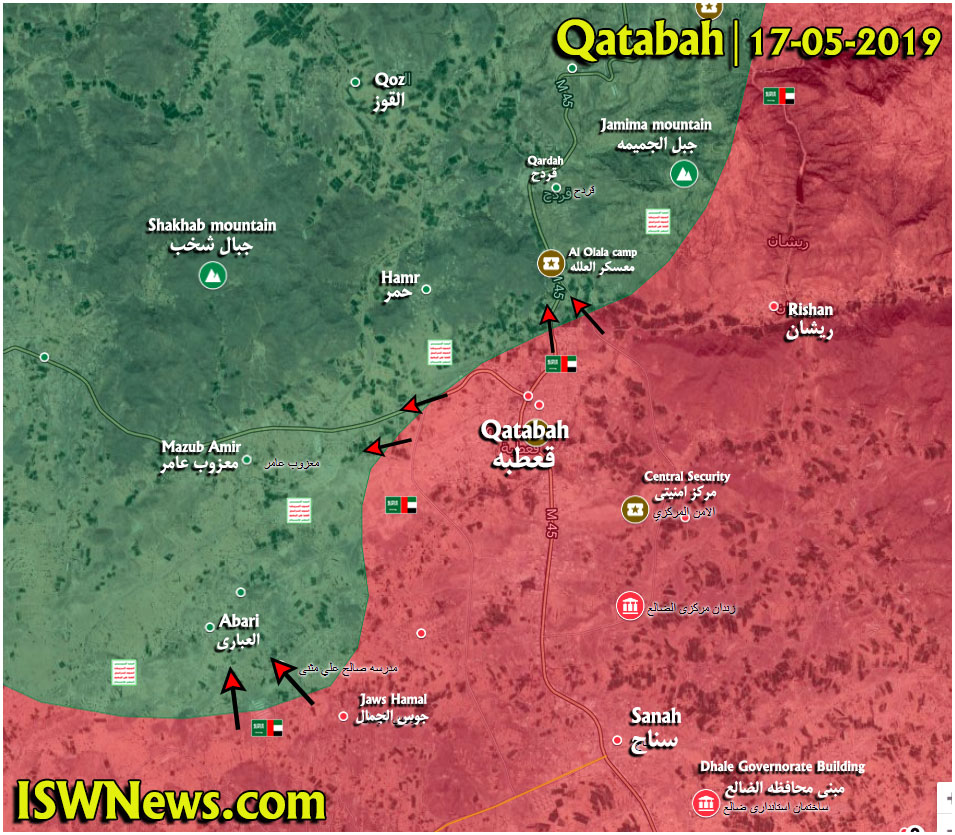 Last week, there were severe engagements between Ansar Allah and Saudi-led Coalition forces in Qatabah city and surrounding areas and both sides suffer from losses and casualties.
Eventually, in the last 24 hours, Saudi Coalition could occupy the city by attacking Ansar Allah from several axes.
Currently, clashes continue in Abari and Mazub Amer area and near Al Olalah military camp.