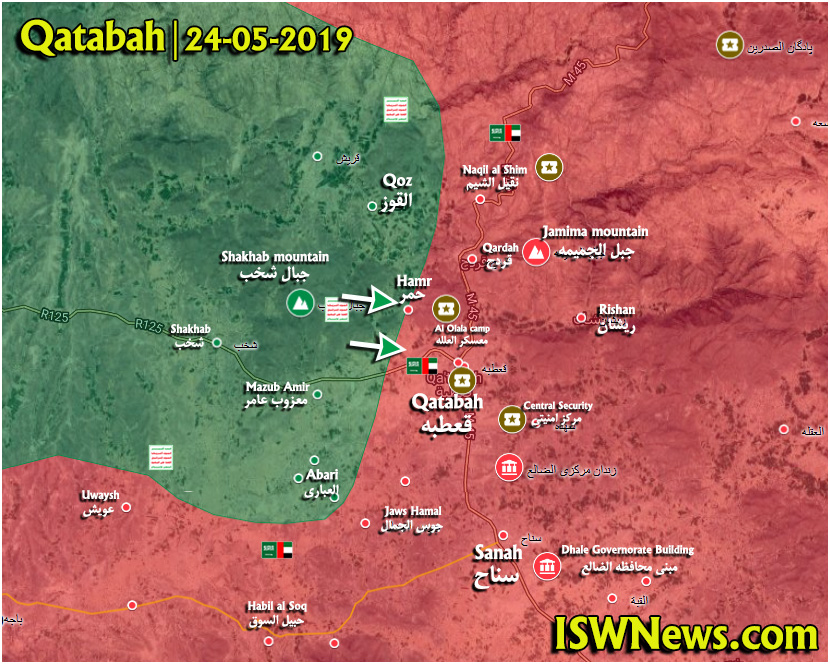 ISWNews Analysis Group: In the past 48 hours, the Saudi-led Coalition forces managed to advance in north of Qatabah town and reopened the Qatabah-Moris road.

Last night, Ansar Allah forces launched an attack to recapture the Al Olalah military camp, which continued till morning but the attack has been unsuccessful.

Currently clashes continue in northwest and west of the Qatabah town in Hamr Sadah, Shakhab mountain and Mazoub Amer.