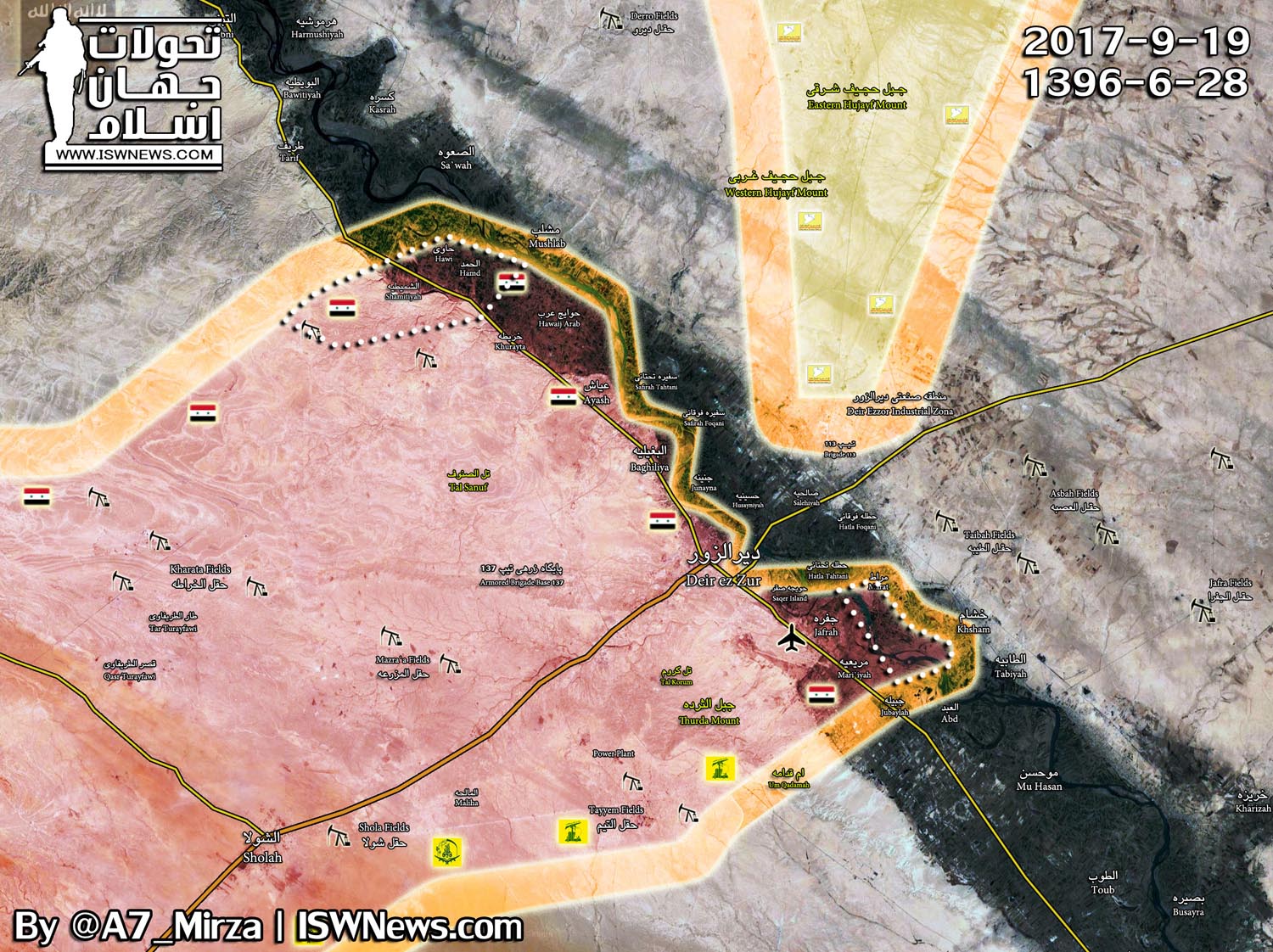 According to the news and analytics outlet of Islamic World News the Syrian army and Resistance forces entered the next phase of the fight against terrorism by crossing the Euphrates last night.

Crossing of the Euphrates can set new equations in future Syrian battles..

However, the heavy attacks by the Tahrir al-sham and its allies in north of Hamah can reduce the concentration of the army in the west of Deir-Ezzor and reduce the pace of progress.