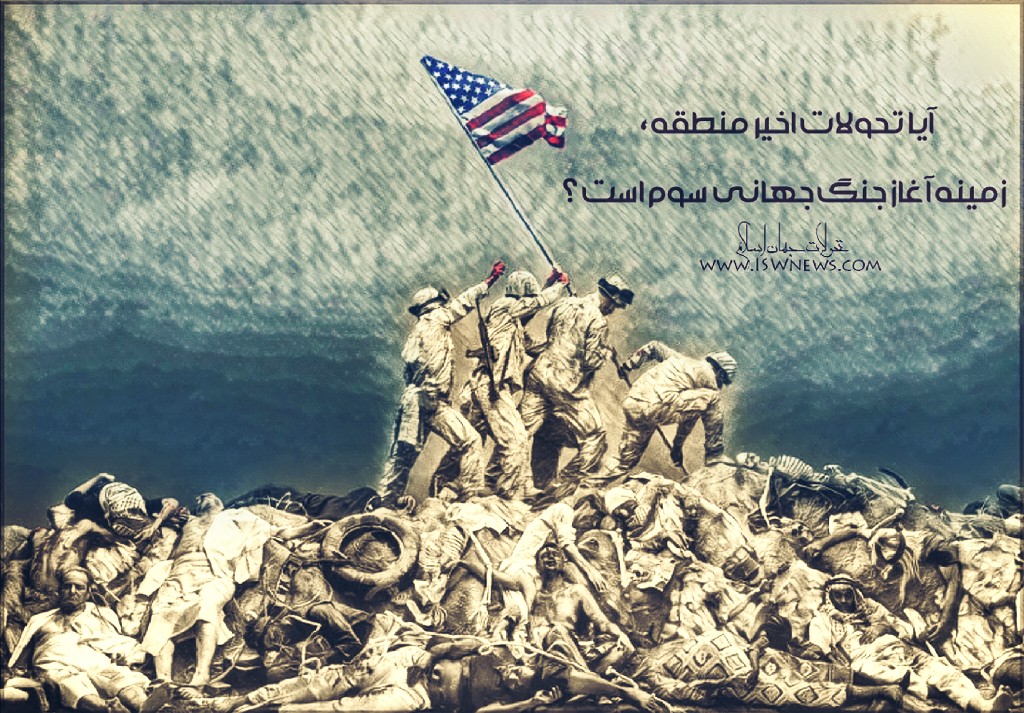 Recent tensions between West-Arab axis and Iran arise as USA is dragged into a war which results in elimination of one of the sides.

West’s economical pressures on Iran and recent oil tankers incidents in al Fujairah and Gulf of Oman, feeds the world’s minds enough to consider a military clash. As USSR, Libya, Syria, etc. have experienced it before.
Emirates officials and exclusive analysis programs on Arabic media, USA biased footages of Iranian forces near the oil tankers, all show a media wave against Iran.

USA’s released footage of Iranians near the oil tankers, who are allegedly removing undetonated mines from the tankers; Iranian officials denied the allegations.

Considering all aspects, what are the scenarios in case of a military encounter?

1. USA starts a war against Iran.
In this case, either a pointwise or widespread war, all US’ bases in the region from Afghanistan’s Bagram to Iraq’s Al Assad are within Iran’s firing range.
Nuclear power plants, harbors, refineries, Iran’s bases in Syria, etc. are among what US will attack. (A more detailed scenario was explained in Part One).

2. USA forces evacuates the region and Arabic Coalition will engage with Iran.
In this case the foci of the war will be in Riyadh and Abu Dhabi and the Arabic Coalition falls in despite of Islamic Resistance’s heavy casualties.
Reasons are numerous for this scenario; Saudi as the head of the Coalition is fighting hard with Ansar Allah in its southern borders and in Yemen and Ansar Allah’s ground advance is seeking opportunity to distract Saudi to advance in “Saadah to Najran”, “Hajjah to Jizan”, “Dhale to Aden” and “Sanaa to Marib” axes.
Saudi Shiite after several decades of suppression and discrimination looking for just light ammo to claim Al Awamiyah, Qatif and Al Ahsa.
Iran’s allies in Iraq are Saudi’s other problem which causes war in their northern border.
In Emirates, as explained in previous articles, the story is even easier. They have many movements protesting war against Yemen and Iran who are subdued right now.
Other countries of the Coalition such as Sudan and Egypt do not have enough power to make things difficult for the Resistance.
Thus, the war between Iran and Arabic Coalition in despite of all the casualties imposed on the region and the Islamic Resistance, will definitely be the end of the Coalition. Anytime USA tries to play this scenario, its forces will leave the region first to be safe from Iran’s fire range.

3. Israel starts the war with Iran
Regardless of comparing between Iran’s and Israel’s military capabilities, the Israeli Regime does not have the strength to confront Iran. Presence of Hezbollah in north of Palestine, Resistance forces from Fatemiyun to Al Nojaba and Palestinian groups in Syria and also Resistance groups in Gaza, semi-siege Israel and open front from many axes. Missile capability of just one of these groups is enough to ground Israel, as it happened during the recent engagements in Gaza strip.

4. Last case, confrontation between two or three sides:
USA tries to ally with European countries such as war in Iraq and Afghanistan to prevent what happened in Vietnam. Thus, without European or Western Asian states coalition, US military act against Iran is not very likely.
To form this coalition, other issues such as Europe opposing Iran, having China’s and Russia’s pressure on Iran, providing enough oil in case of a war, bypassing Persian Gulf by Saudi and UAE, etc. should be solved first, which at least won’t happen in Trump’s administration.

In general what scares Trump’s administration from opening a war against Iran is how Iran would retaliate. It might happen in Bab al Mandab, Mediterranean Sea, Bagram or Al Assad, Riyadh, al Fujairah or Tel Aviv. This is military deterrence.
Negotiation with Iran is becoming a bargaining chip for US presidential candidates which is being employed by Clinton, Obama and Trump and Iran due to empty hands of JCPOA (Joint Comprehensive Plan of Action) and US disloyalty is not willing to negotiate again.
Therefore, economical pressure and sanction became the safest and most efficient way to confront Iran and became the main strategy after that negotiations are blocked in post-JCPOA era and after US is trying to convince others to oppose Iran.
Supporting terrorist groups in provinces Sistan and Balouchestan, Kurdistan, Khuzestan and Azerbaijan and on top of them MKO, cultural and media war before Iran’s election are next steps of US. 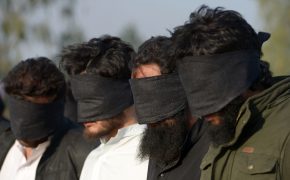