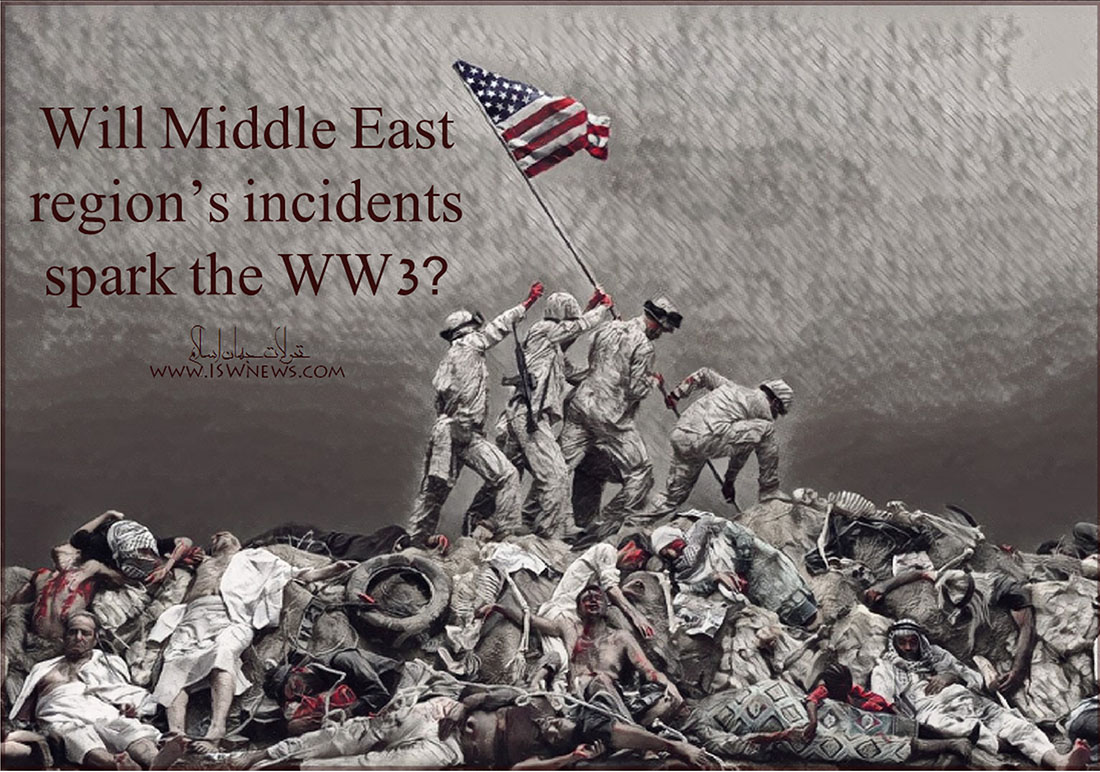 In previous parts, it was investigated four different scenarios of possible confrontation between the West and Iran; the recent tensions show a small scale of the confrontation.

US drone shoot down over Iran’s airspace was an inflection point in Iran-USA relations which influences US credit, Trump’s political life and the region’s disputes.
Iran’s military power and its officials’ seriousness in handling threats was an end to US supremacy and Trump’s rhetoric and caused a vertigo in US policy in confronting Resistance axis.
Trump won the power by questioning US interferences in wars of Syria, Iraq and Afghanistan, with slogan of “make America great again”. Tension with Iran and mulit-billion dollars arm deals with Saudi and UAE brought a lot of pressure on him, recently.
US passiveness on the other hand made its local allies specially Israel, Saudi Arabia and UAE to panic and their media uproar against Iran like calling Iran axis of evil, was destroyed by Global Hawk shoot down.

To investigate more, we mention some points:
1. USA attacks Iran under miscalculation:
Considering Saddam attacking Iran, the threat of war against Iran is always alive. Trump to win the reelection, might miscalculate and perform an assault against Iran which naturally makes Iran to react. This kind of war usually escalates step by step. One actions follows by a reaction.
Iran’s answer could be as follows:
A) Iran using simple military equipment can close Strait of Hormuz on Americans. Naval war causes oil war.
B) 14,000 US soldiers in Afghanistan, 5,000 others in Iraq. Indeed they won’t be safe from Iran’s allies retaliation.
Ansar Allah has control over the Red Sea and Strait of Bab al-Mandab.
Hezbollah and other Resistance groups are at the gates of occupied Golan and south of Lebanon. they are waiting for Iran to act in Occupied Lands.
C) Al Udeid Airbase in Qatar, 5th Fleet in Bahrain, Dhafrah Airbase in UAE, Al Salem base in Kuwait are among valuable targets within Iran’s missile range.

2. USA presses Iran to negotiate and withdraw from military operation:
As apparent from US officials, assaulting Iran is delayed for now and economical pressure is continuing until negotiations.
Economical war and pressure against Iran until Iran reaches deterrence, similar to military field, will be effective.

3. USA retreats from its stances and stimulates another party to assault Iran:
This is the most sophisticated plan US presidents have performed so far. Seems to receive the order from the highest rank officials. Equipping Israel and Saudi Arabia by Europe and USA in recent years have increased significantly in recent years and in previous articles were addressed. Mujahedeen activities in Iran, separatist activities in Sistan and Baluchestan and Kurdistan provinces are predictable, since does not involve any loss for the West.

In total we should say that confronting Iran is expensive which deters sides from doing it even a super power like USA.
With a swinging relationship between Iran and USA over the history, from coup against Dr. Mosaddegh’s administration to shooting down Iran’s civil aircraft over Persian Gulf; by shooting down US ~180 million dollar drone, Iran slapped the West to remind them of its military power.