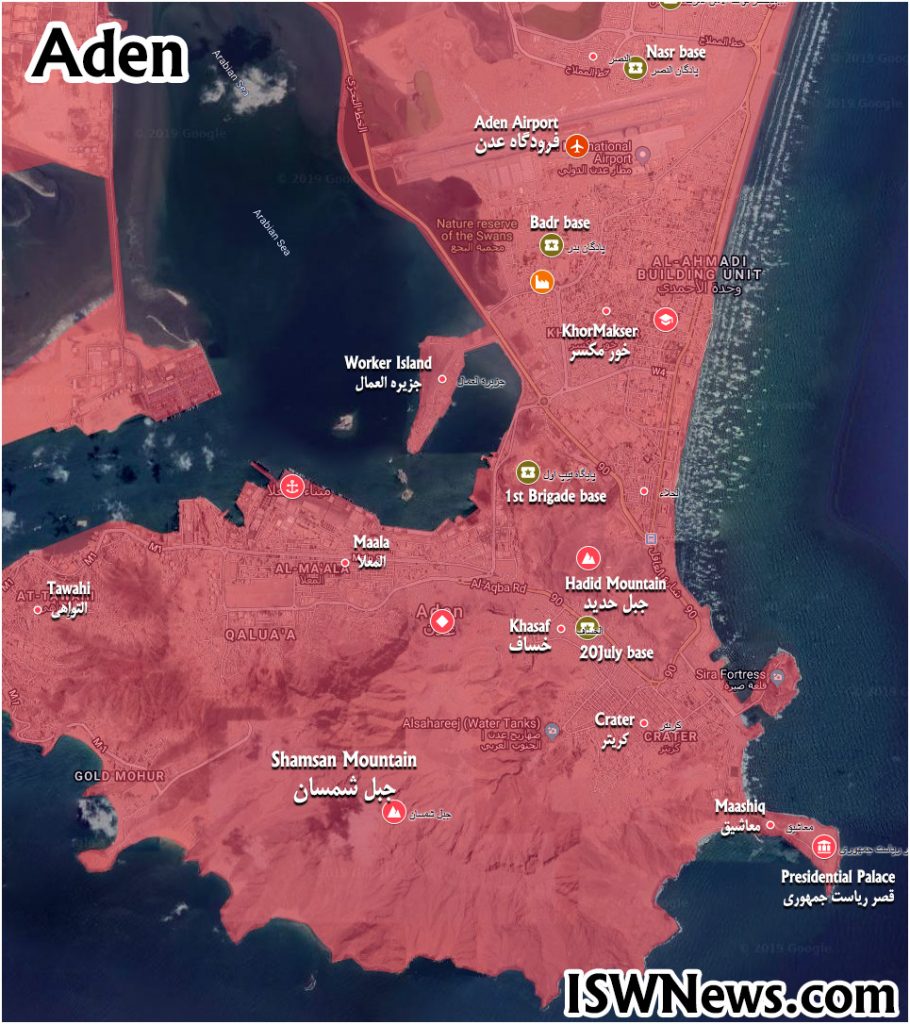 – Mansour Hadi forces gained the full control over the Al Hadid mountain and the 1st Brigade base.

– Mansour Hadi forces gained the full control over the Ummal(worker) Island and the Southerners logistic road has been blocked from the sea road.

– Southern forces captured the Naql Camp near the judiciary and Council of Ministers buildings.

– Clashes erupted on the outskirts of Aden Airport, and despite reports that southern forces have taken over Badr base, it is currently in control of Mansour Hadi forces.

– Aden Airport closed and flights are transferred to Say’un airport.