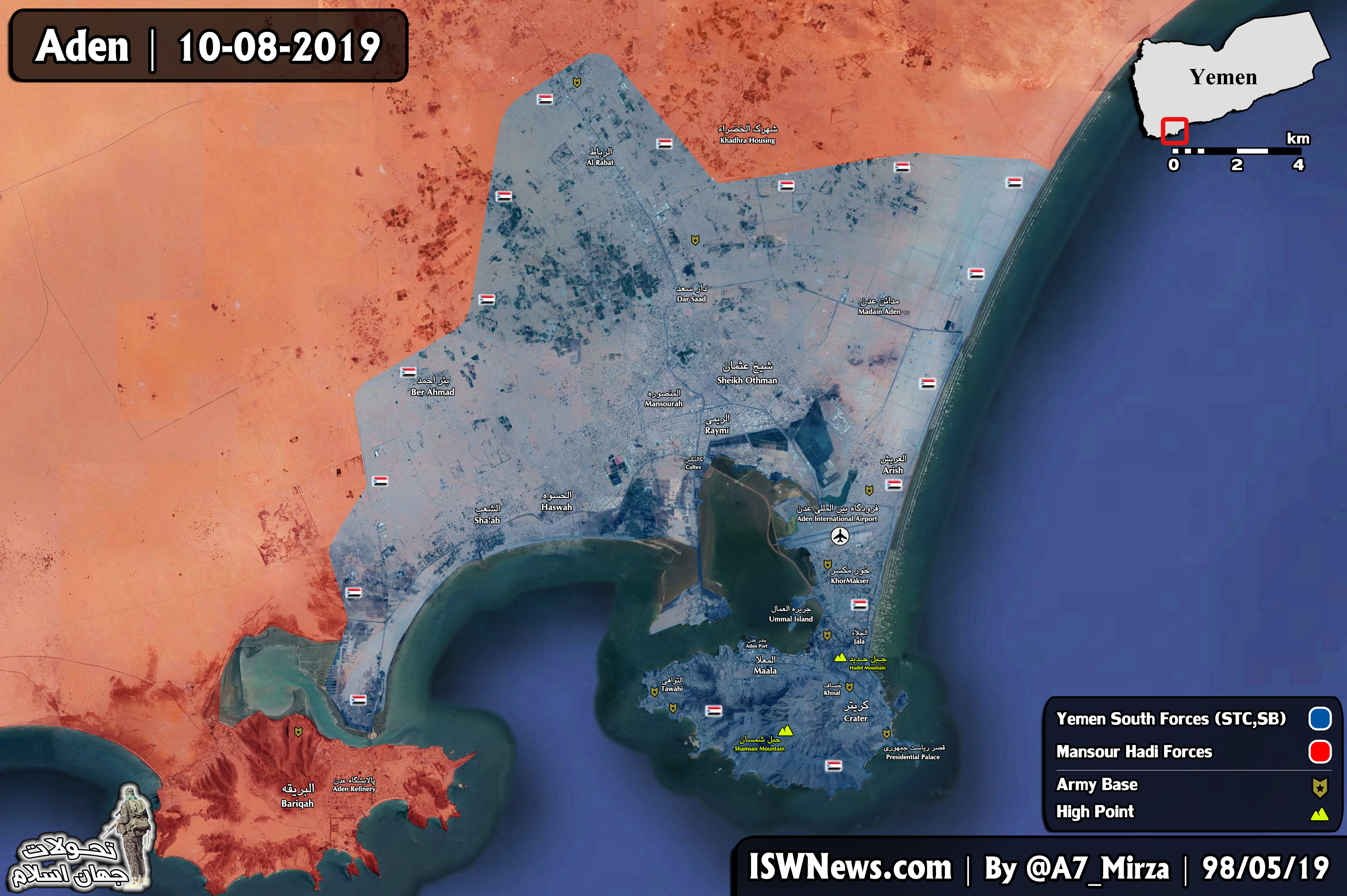 On the other hand, a spokesperson for the Southern Transitional Council, welcoming the Saudi proposal, announced that the Southerners were ready to attend the meeting.

After the killing of Munir Yafei, one of the prominent southern commanders in the Ansar Allah missile and drone attacks on the Al-Jala garrison, clashes erupted in the city of Aden, and Aden became the scene of heavy fighting between the UAE-backed forces and the Mansour Hadi forces backed by Saudis.
Eventually, after four days, the Southern Forces managed to take full control of the port city by seizing the Presidential Palace and taking over all of the Aden bases.
It is noteworthy that during the Aden clashes, fighters from the UAE and Saudi Arabia also entered the battlefield, for example in one case Saudi fighters bombed a STC military site in the northern city of Aden.

Although initially the Saudi coalition warned the southern forces that they would face decisive response if they did not retreat from the positions recently occupied in the city of Aden, but eventually the parties have implicitly consented to the negotiations and we have to see how the negotiation process will go and what will be the consequences of the Aden conflict for the Saudi coalition.