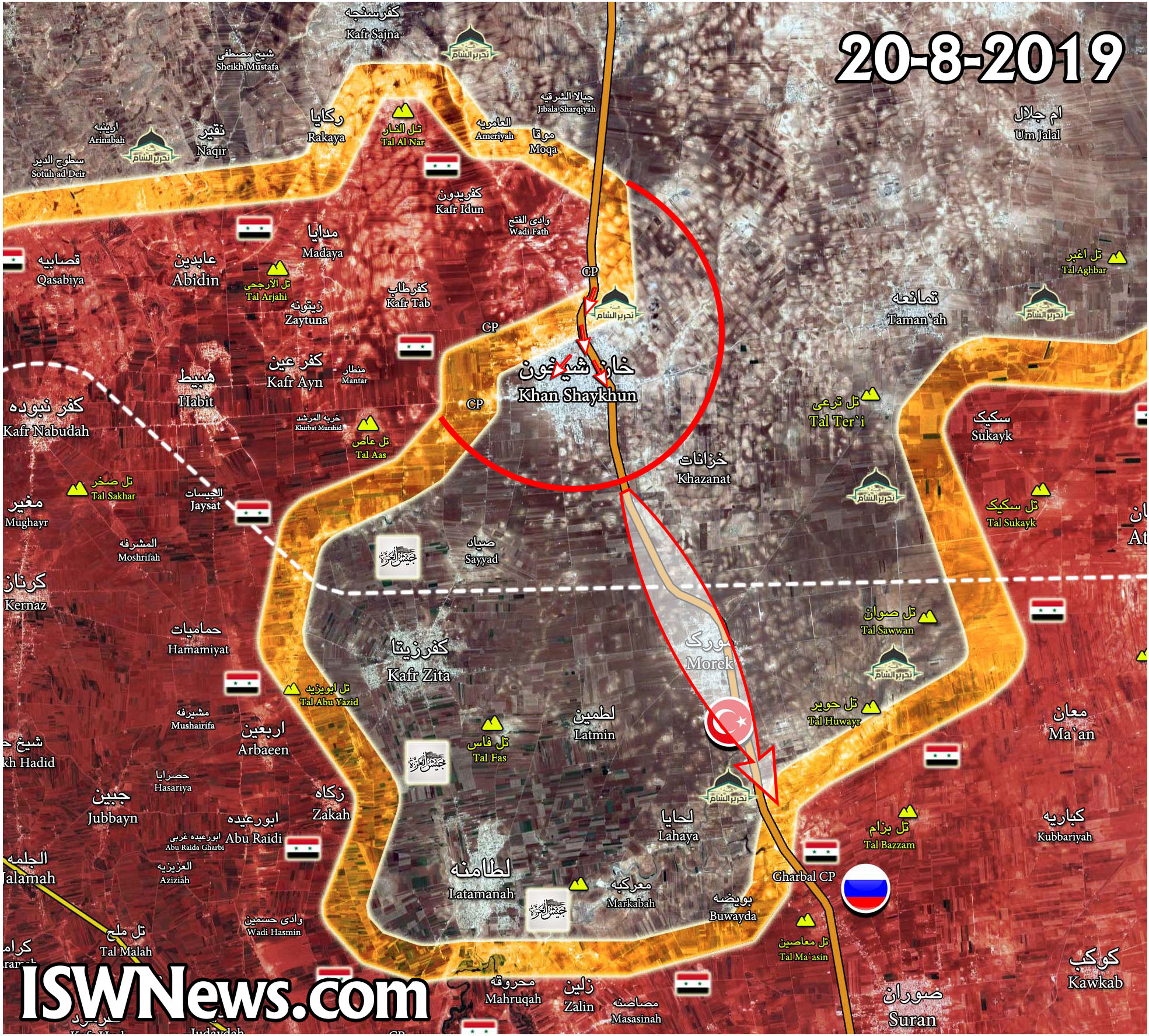 ISWNews Analysis Group: According to the latest available information, Syrian Army Tiger forces entered the city of Khan Sheikhun from the north side of the city tonight and there is currently heavy fighting inside the city.

This has been confirmed by both the Syrian Army and the militants sources.

It is also said that after the collapse of the terrorists’ defensive lines in south of Idlib, the cities of Kafr Zita and Lataminah and Morek have been evacuated by militants and if the Syrian Army liberates the city of Khan Sheikhun and its southern road to Morek, the areas west of the M5 highway with the least amount of conflict will be controlled by the Syrian Army.

It should be noted that today the Turkish Army convoy, which was attempting to cross Khan Sheikhun, was forced to stop in north of the city near the Haysh area with the Syrian army airstrike and warning, and given that the route leading to Khan Sheikhun is under heavy air and artillery for by the Syrian Army, the Turkish convoy is still unable to approach Khan Sheikhun.