Armenia
Overview of the Karabakh control lines + Map of Karabakh 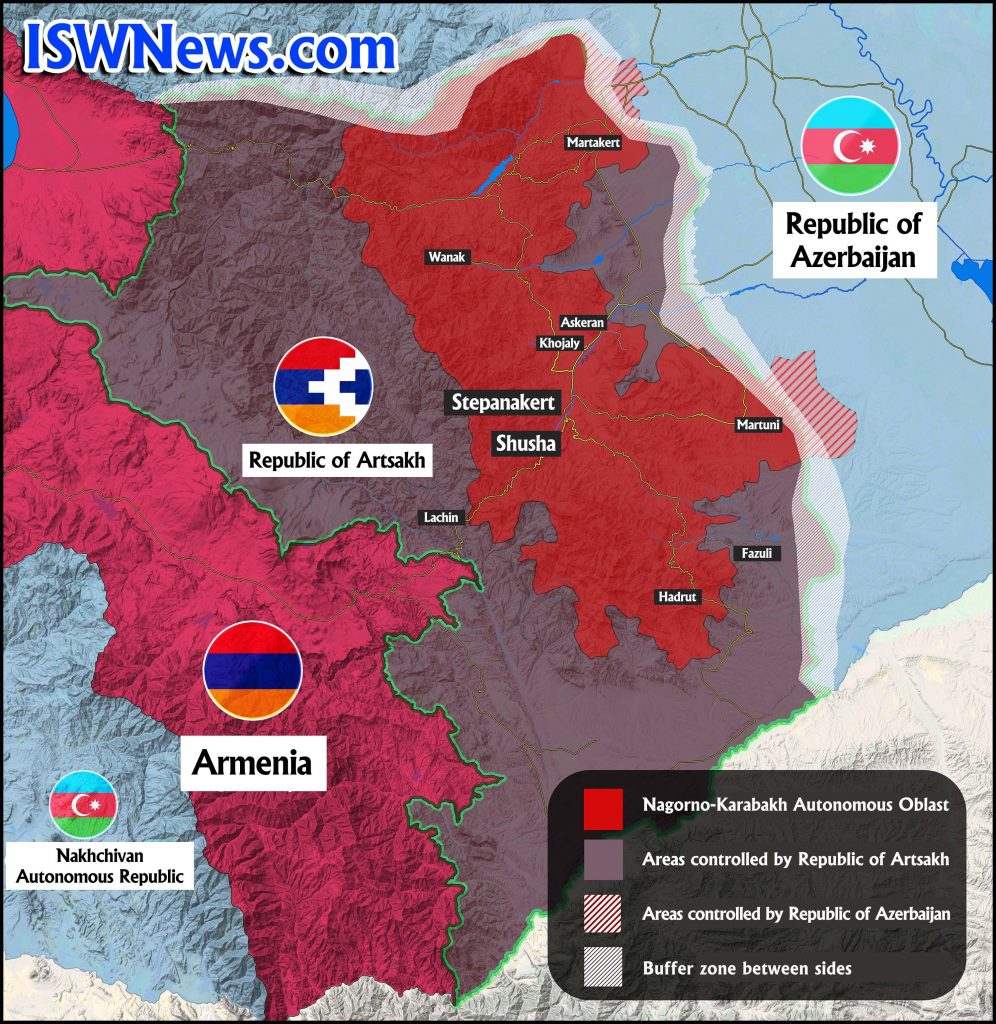 In seventh century, a triangle area between river’s Kura, Aras and Zengezur mountain was called Karabakh. Terrain of the area is rich and includes prairies and high mountains. Near end of 18th century, local lord of the Karabakh was the most powerful lord among Caucasus lords but due to rampant diseases, many died or migrated, made Karabakh deserted.

At the dawn of USSR, upon request of Karabakh inhabitants, the area was divided into two. Low prairies were given to Azerbaijan and Armenian inhabited high mountains were self-governed as ” Nagorno-Karabakh Autonomous Oblast”.

Although areas controlled by Republic of Artsakh are governed by local officials, but Armenia has the task of defending the area due to previous law. It is noteworthy that news of fire exchange and killing or injuring from both sides due to violation if the border is limited to this buffer zone and neither side have violated the lands of the other side.