Images: Satellite images of last night airstrikes at the Resistance base, Al-Bukamal area 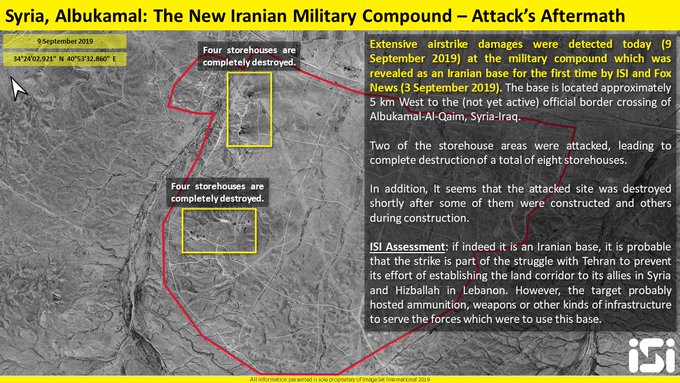 ISWNews Analysis Group: Israeli satellite company “ImageSat Intl.” has released images of a base under construction near the Syria’s Al-Bukamal border, which is claimed to be a logistics base for Iranian forces.

Last night, some media reported hearing the sound of explosions in the Al-Bukamal area and several airstrikes on the positions of Resistance forces near the AlQaim-AlBukamal border crossing.
Following this news, satellite images of the area were released today; these images show the demolition of several complete or under construction warehouses.

According to what the western media and the Iranian opposition say, the area is a logistics base and an Iranian ammunition depot called the Imam Ali Base, which will be tasked with feeding some parts of the Iranian-backed forces in Syria.

Although there has been no official comment on the incident so far, but like the previous ones it can be said that these attacks carried out by Israeli regime.
If this is true, we should see how long will the axis of resistance remain silent against these violations… 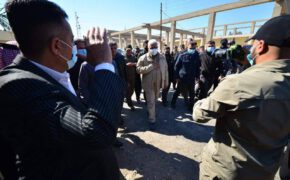