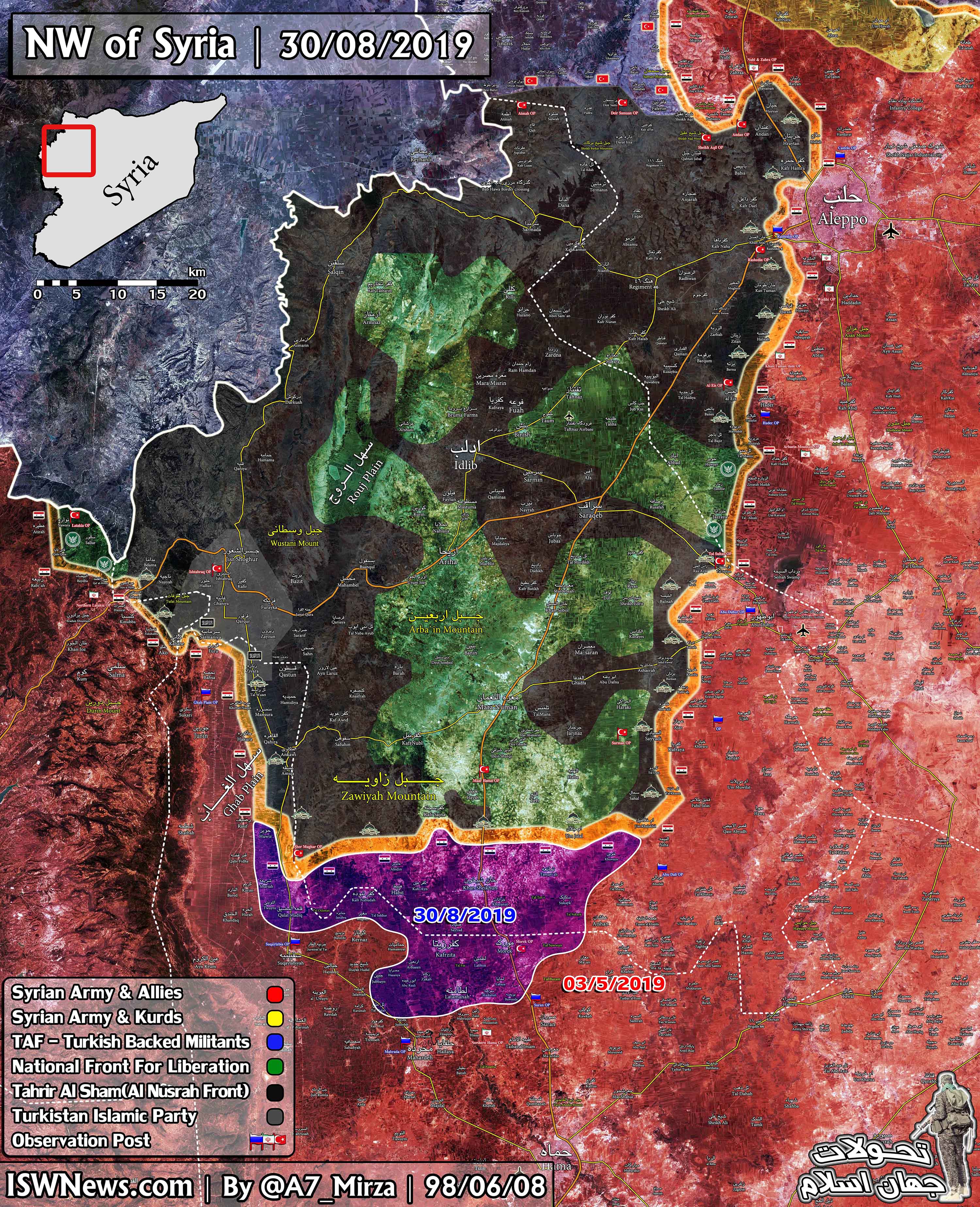 – Another point is the almost complete dissociation of Jaish Al Izzah terrorists.
Jaish Al Izza terrorists that before the operation were main militants in northwest of Hama in Lataminah, Kafr Zita and Kafr Nabuda areas, suffered heavy casualties due to the operation and operationally are destroyed and if Turkish military aids did not come, this group would be completely destroyed.

Some aspects of the operation are as follows:

– Liberation of Kafr Nabuda and breaking the taboo that militants are invincible.
Frontlines of northwest of Hama were untouched for several years and this relayed the thought that militia are invincible in this frontline and they can resist in the area for a long time. The last time Syrian Army tried to breach into Kafr Nabuda town goes back to several years ago that militia resisted severely and held the town and it ended.
Destroying the taboo of Kafr Nabuda is a big blow to militia that not only ends the myth of their invincibility but also a start for Syrian Army’s victory.
And the Syrian Army started the operation from where it was left years ago and Kafr Nabuda was liberated after several days of engagement and with the aid of artillery and airstrikes.

Purple color shows areas liberated by Syrian Army until 30 August 2019.
The map date has been set to August 30 in accordance with the latest field changes.