Peace Agreement Between Kashar’s Tribes Under Observation of Ansar Allah 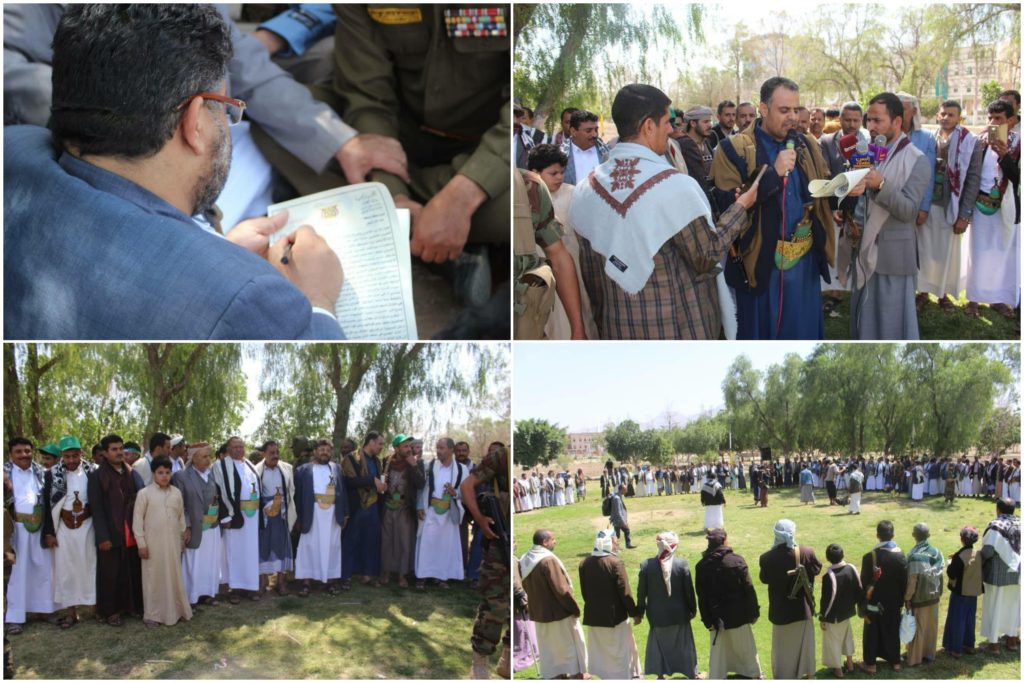 ISWNews Analysis Group: With presence of Muhamad al-Houthi and Ansar Allah’s observation an agreement between tribes of Kashar was signed to keep the Hajjah province secure and peaceful.

This agreement was ordered by Abdul-Malik Badreddin al-Houthi, leader of Ansar Allah, and with supervision of Hilal al-Soufi, governor of Hajjah, and finally was signed with presence of Muhamad al-Houthi .

This agreement is an obligation for all tribes to keep the safety and security of the region and tribes should return to the law and government to solve issues between themselves.

Tribes of Kashar district lay in north of Hajjah. Some of Kashar and Hajur tribes rebelled with Saudi coalition assault and engaged with tribes allied to Ansar Allah; but finally Ansar Allah surpassed the intrigue in the region by sending troops.