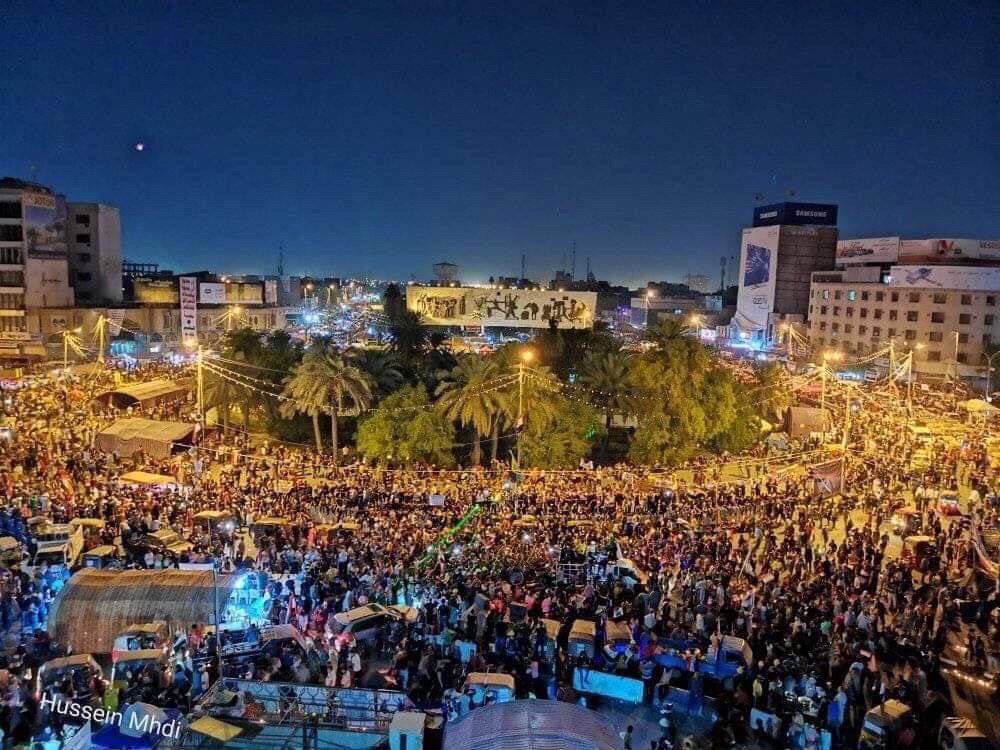 Abdul-Mahdi: This is the first time that young generation are leading a movement that rattled the country.

– Adil Abdul-Mahdi’s open letter to Ayatullah Sistani:
This is the first time that young generation are leading a movement that rattled the country.
Our youths movement leads the country to review the condition now and for future.
The government will use this opportunity to reform fundamentally.
Endeavors to incline the protests toward destruction and violence failed.

– Engagement between protesters and security forces in al-Khalani square of Baghdad, some died.

– Nechirvan Barzani, head of Kurdistan Iqlim, trip to Abu Dhabi and his planned meeting with Mohammed bin Zayed and deputy of UAE chief of staff on Sunday.

– Ayatullah Sistani office: High Marja is not part of the agreement for resuming tje current government and ending the protests.
Some media reported of an agreement between parties Saerun and Fath for Adil Abdul-Mahdi to remain in office.

– Engagement between protesters and security forces in Basra.