A Note on the News of Saudi-AnsarAllah Negotiation 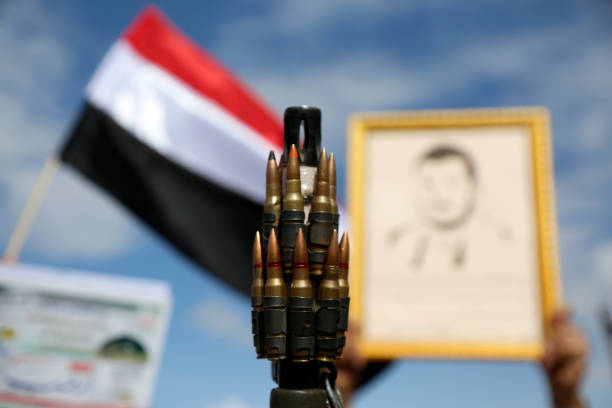 Whatever Saudi leaders decide determines the future of Yemen: negotiation or war!

In recent years, like any other confrontation, beside the battlefield there is opportunity for diplomacy.

Negotiation between Saudi and AnsarAllah is not a new issue and anytime the war is interrupted, the diplomats start negotiating over what they achieved in battlefield. Sometimes nothing can be agreed upon and the war continues, similar to the situation in Yemen. AnsarAllah’s recent ceasefire was also a pulse send to Saudi to resume the talks which is continuing still.
What can be deduced from officials words is that the topics to be discussed are not yet agreed on.

Abu Ali al-Kahlani (a military man and close to AnsarAllah’s leader) and Hussein al-Ezzi (FM deputy of rescue government) went to Saudi as AnsarAllah’s representatives and started the talks and trying to agree on preconditions.
Saudis have three prerequisites that Martin Griffiths, special envoy of UN in Yemen, has already announced. According to Mohammed Ali al-Houthi recent tweet, AnsarAllah does not accept them (Twitter).
AnsarAllah has prerequisites such as reopening Sanaa airport, ending the maritime siege and halting the attack which are usually used as political bargaining chip.

It can be said that the prerequisites and frame of talks are still not confirmed and it can asked, negotiation for what? Ending war or forming a government or anything else.
Talks are going on to start the negotiation.
Details of plans such as what mentioned in “Raialyoum” are not practical for war in Yemen. Maybe a mock of negotiation frame is offered by the details are not matching.

According to Sayyed al-Houthi speech today, AnsarAllah has announced its prerequisites and now it’s Saudi’s turn to change its view on war with AnsarAllah.
Whatever Saudi leaders decide determines the future of Yemen: negotiation or war.