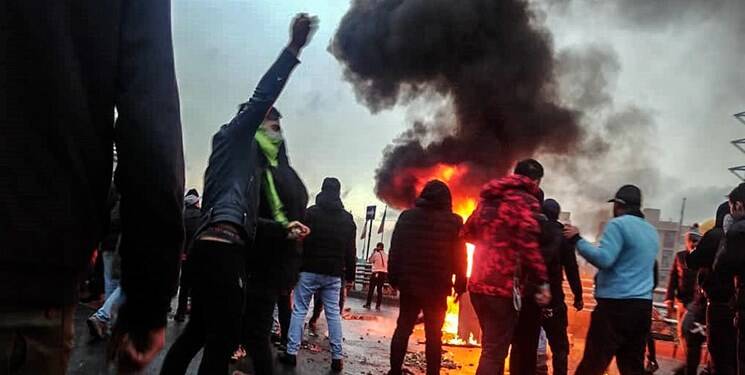 The operation rooms of riots inside Iran were in several locations, the main goal was to hit Iran near the beginning of winter to lead the country into a severe depression…

Turkish intelligence service is fully aware of foreign services in Turkey and them contacting Iranian citizens and they concluded in near future there will be severe protests in Iran. In addition, a few weeks ago it was announced that the plan to assassinate General Soleimani was disclosed and neutralized. The assassinators said in their confessions that they were trained for military acts and how to use explosive. Security officials of Iran also spotted unusual weapon trafficking to Iran.

The operation rooms of riots inside Iran were in several locations, the main goal was to hit Iran near the beginning of winter to lead the country into a severe depression. They spend millions of dollars on the Saudi television channel “Iran International”. Before than Pentagon spent on Manoto, CIA on Radio Farda and US Foreign Minister on VOA and did not get the desired results. Even BBC does not have the desired influence and after a decade turned into a normal network among others.

Arresting Roohollah Zam, the head of Amad News, who was supposed to spread the program on the start date of the operation to the network in Iran, made Iranian officials to take it more seriously. Having information about the possible targets of the saboteurs including, besieging Bandar Imam Khomeini and Mahshahr as the main trading hubs of Iran, sabotaging Asaluyeh gas infrastructure as the main producer of gas in Iran for the cold season and powerplants and blocking the roads to Persian Gulf Star refinery as the main producer of gasoline in Iran; gave Iranian security officials a heads up.

Regarding the capital, Tehran, due to information overlook of security departments on the treacherous elements makes any plan difficult to implement in Tehran. Therefore they invested in other towns and as you saw the most damages were imposed in towns surrounding Tehran. Learning lessons from Syria, tried to first take control of the gates of Tehran and then disrupt the traffic in Tehran. Although there were some protests in Tehran but it was expected they enter the city and engage lower class districts.

This plan however had several annexes including engaging military and increase the death toll. Discovering RPG, cannon, machine gun, bombs, grenades, etc. wasn’t that surprising. They had orders to attack some police stations and military bases and after occupying them bring those weapons from there and say they found them inside. However in some cities such as Shiraz and Isfahan and some towns in Khuzestan, this happened and even in Mahshahr, trucks of goods were fired at.

Nevertheless, the information of Iran made the security officials to give them the opportunity to surface themselves before the plan is complete. This happened by increasing the gas price abruptly and the commanding rooms out of Iran activated and started riots in the streets according to their previous trainings. Having the list of more than 2,500 elements by Iranian security departments, the leaders of the network were arrested before Sunday morning(in the first 48 hours). With the new information another groups were also disclosed and destroyed and by cutting the internet, the communication between elements inside Iran and foreign was disrupted.