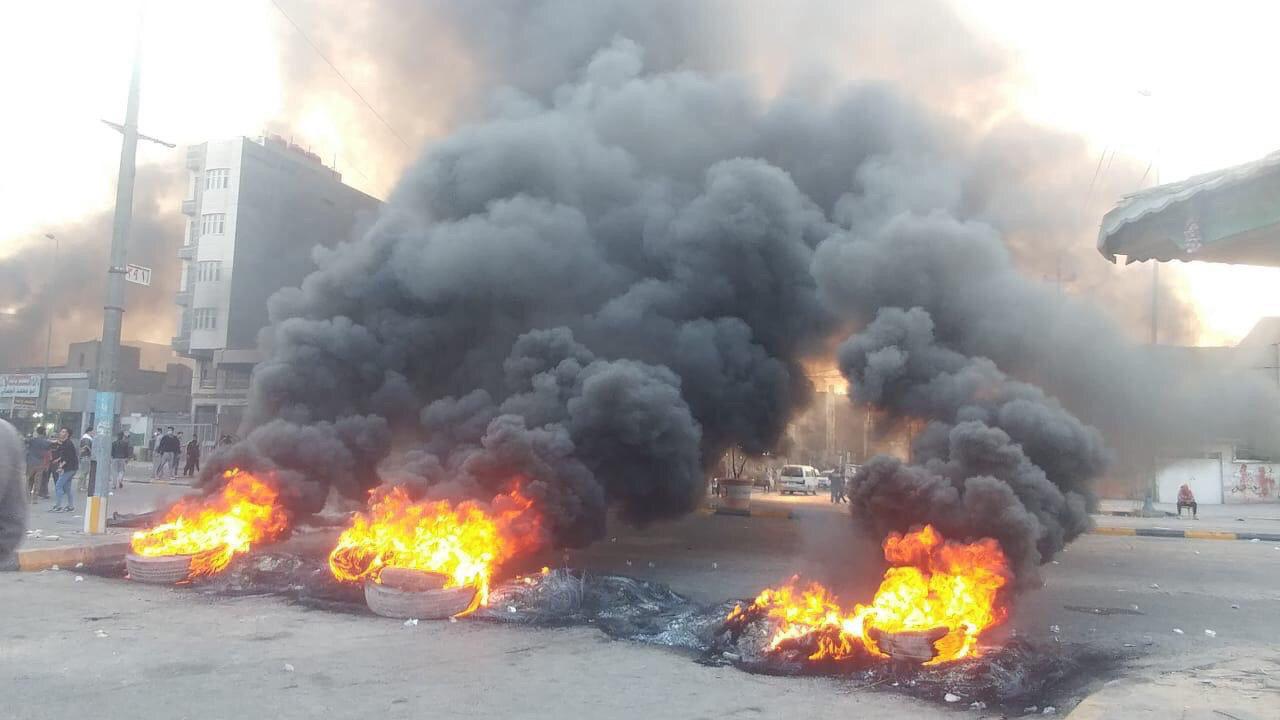 ISWNews Analysis Group: Protesters from few days ago interrupted the traffic in Karbala and Najaf and some other cities by blocking some streets.

Photos showing protesters blocking streets in Karbala and Najaf on Tuesday. At some locations there were engagements between protesters and security forces, reportedly.

Other updates on Iraq:
– Izzat Shahbandar return to Iraq after his story in UAE and meeting with Hadi Al-Amiri and Khazali.
It was said before that he was abducted by Emirati forces.

– Initial agreement between central and Iqlim governments over 2020 budget by conceding 250k oil barrels per day to Iqlim.

– Iraq’s Anti-terrorism account hacked and simulating coup against the government.

– Three explosions in Baghdad with several death and injured.