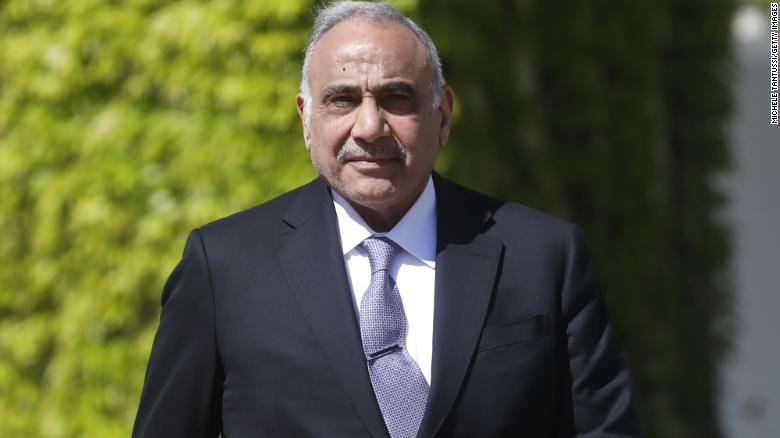 Abdul-Mahdi ‘s unstable cabinet ended, let’s remember how he was assigned. Abdul-Mahdi, unlike previous PMs, did not candidate himself for the position but others asked him. He was mainly decided by Muqtada Sadr and Muhammad Reza Sistani (son of Ayatullah Sistani).

On 29 November an hour after the speech of Friday Prayers by Ayatullah Sistani’s representative, Abdul-Mahdi announced he will submit his resignation to the Parliament. In this speech, Ayatullah Sistani was addressing the Parliament mainly and “searching for new candidates in Parliament” was an expression to hint for new government in Iraq.
Therefore, after two months, the protests in Iraq result in fall of the government. The protests that became bloody in the last two nights and tens of people died and thousand injured in Najaf and Dhi Qar provinces. This was unprecedented at least in Najaf.

It is important to analyze different movements in Iraq, specially inside the house of Shia. From behind the scene but active Ammar Hakim, Sadr’s surfing on the protests and passivity of Fath movement under leadership of Hadi al-Amiri, they all need to be studied to find the challenges and capacities.

But Abdul-Mahdi, who barely reached one year of his Prime Ministry, faced serious challenges from the beginning to complete the cabinet and it actually never was complete! Some Ministers never got approval of Parliament.

Abdul-Mahdi ‘s unstable cabinet ended, let’s remember how he was assigned. Abdul-Mahdi, unlike previous PMs, did not candidate himself for the position but others asked him. He was mainly decided by Muqtada Sadr and Muhammad Reza Sistani (son of Ayatullah Sistani).

Fath movement considered Abdul-Mahdi a suitable candidate but not perfect and better than Haider al-Abadi. They preferred to agree with the selection and get some privileges from Sadr when choosing the cabinet, that they couldn’t actually.

Today we should ask those who chose Abdul-Mahdi that why became the main opposition to him? Are economic, infrastructural and corruption issues result of his performance? Or they expected Abdul-Mahdi miraculously solve everything in less than a year? Or the main question can be that if for any chaos and blood shedding in the streets government should go, when will this cycle stop? And even this ill political system might fall.

Muqtada Sadr welcomed Adil Abdul-Mahdi’s resignation and asked for referendum for new PM by putting voting boxes in the squares where there were protests! Showing a nonsense level of populism.
According to Iraq’s constitution, Prime Minister is proposed by the President and approved by Parliament’s vote of confidence. Sadr also invited to continue the protests and that the next government be a worthy government without partisan or religious considerations. A slogan which is said easier than done in Iraq. Sadr will be the first opposition of such a government!

What is important after the resignation is the process of selecting the new Prime Minister, which is not that easy at all. Muqtada Sadr still continues his dual controversial stances by wanting his share in power and showing his opposition face. Seemingly it still works in Iraq!

Fath movement close to Iran which achieved the highest number of seats after Saerun movement (Sadr) in the Parliament election, should be more active and know that being silent and away from battle is not useful and it might even result in losing their supporters. On the other hand by actively following their goals give other groups the lesson to be responsible for their actions.

But also the main chaos and protests in Iraq, which had deviations from Sadr movement, does it continue as harsh and vast as now? It is important to know that the current protest was manipulated by foreign powers to fall Adil Abdul-Mahdi’s government only or it was a people movement which does not go back until reaches its goals including political structure and economic reforms or even a mixture of both.

Everybody knows that Abdul-Mahdi was not famous for corruption nor the current situation is result of his one year being in the office.
We believe future days will shed more light on the political scene of Iraq and the role of political groups in the incidents of these two Shia provinces will be more clear.