Map: Turkish Observation Post Under Siege by the Syrian Army! 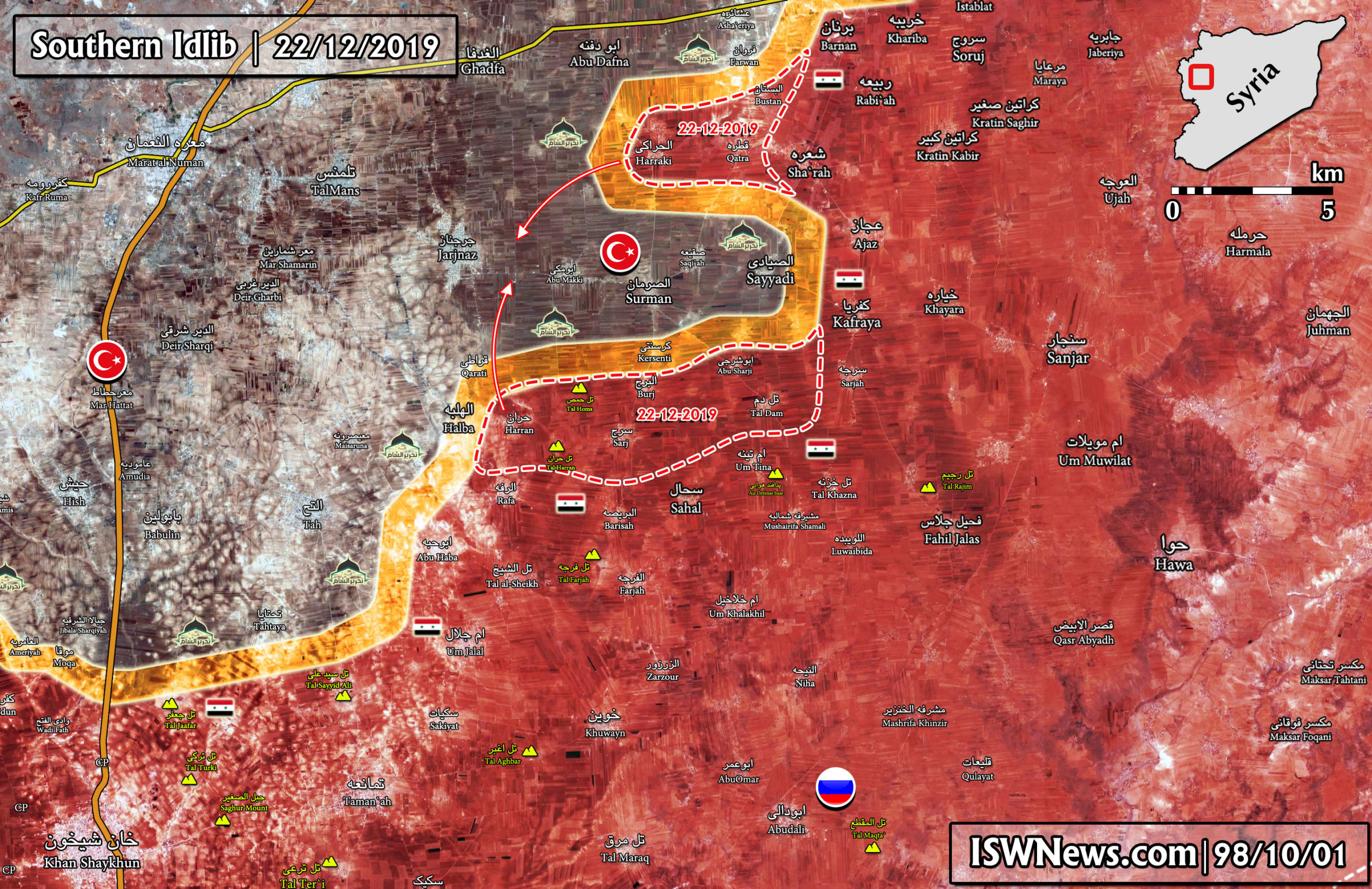 ISWNews Analysis Group: Following the Syrian Army operation southeast of Idlib province, eight new villages have been cleared of the presence of Tahrir al-Sham terrorists and other radical groups.

Syrian Army advancements in the southeast of Idlib province are on two main axis, and according to the advance model, most likely we will see another Turkish observation post under SAA siege soon!