Breaking: New Wave of Attacks by the Terrorists in Southern Idlib 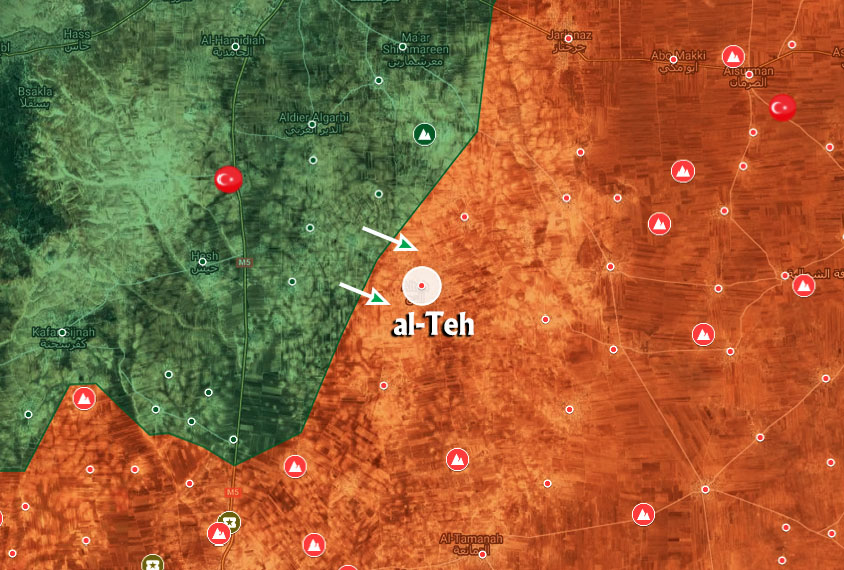 ISWNews Analysis Group: Pro-opposition sources have announced the start of a new round of militant attacks against the Syrian Army positions in the southeast of Idlib province.

Hence, an hour ago, radical groups in southeast of Idlib under the command of Tahrir al-Sham (Jabhat al-Nusra) have launched new attacks against the Syrian Army positions in the area, which recently liberated by the Syrian Army and its allies.

Terrorists launched the attack with a VBIED west of the town of al-Teh; most of the clashes are currently concentrated on the al-Teh front.