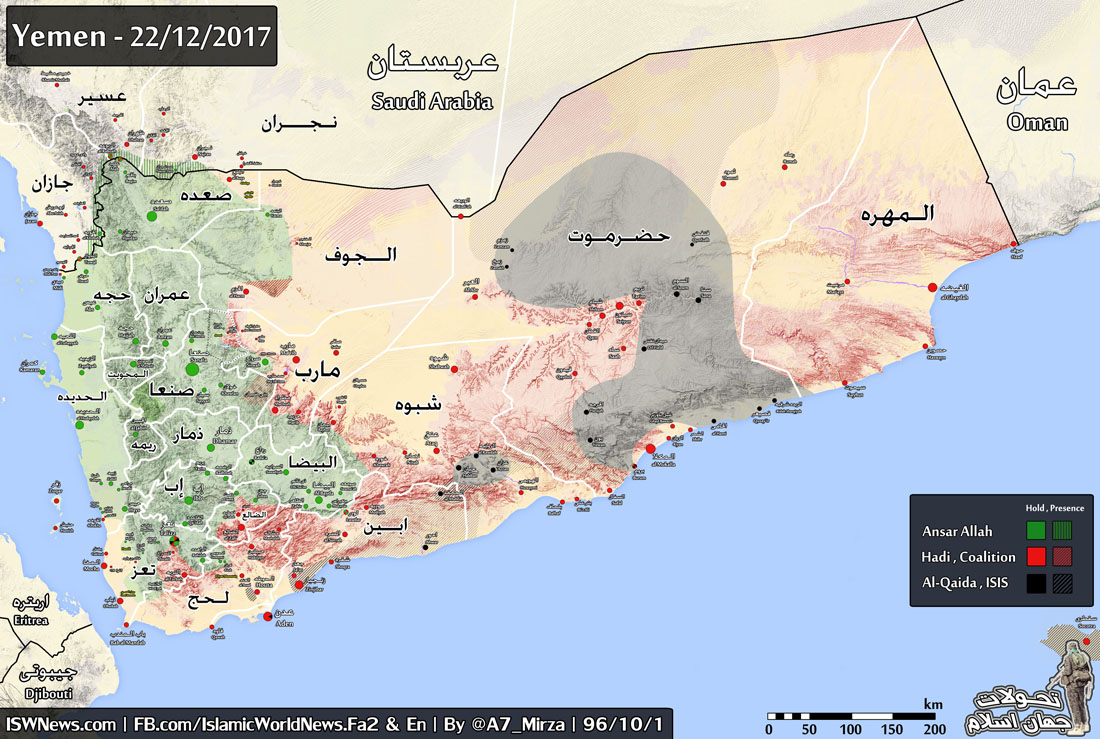 2. In Hayma area in At Ta’iziyah district in Taiz governorate, there is a heavy fight between AnsarAllah and a tribe. Saeid al-Harbi is chief of the tribe and a leader of Almotamar party and does not ally with AnsarAllah. AnsarAllah blast house of the chief.
AnsarAllah besieges villages in Hayma area and are attacking by heavy artillery.

4. One of “Mushrifin”(Those who are appointed by Ansarullah to oversee some of the affairs) of AnsarAllah has a fight with Sheikh Abdah Habeesh, chief of chiefs in Harf Sufyan district, in his house and injures him and his companions. Sheikh Habeesh is in a hospital in Sanaa right now. The reason of argument is that Sheikh Habeesh insists on safety of Mehdi Maghooleh’s properties in exchange of his arrest but that “Mushrif” of AnsarAllah insists on occupying Maghooleh’s house which results in Sheikh’s disagreement.

5. Saudi alliance spokesperson claims that in the last three months more than eleven thousand troops from AnsarAllah are killed. AnsarAllah has not responded so far.

“Alsamad, Almashat, Mohammed Abdusalam and Abu Ahmad are not in power in Sanaa but the corrupted lobby of five organization which had most power. So do not wonder if corrupted politicians, ministers, governors and officials are reappointed. And do not wonder if most people join Saudi alliance.”