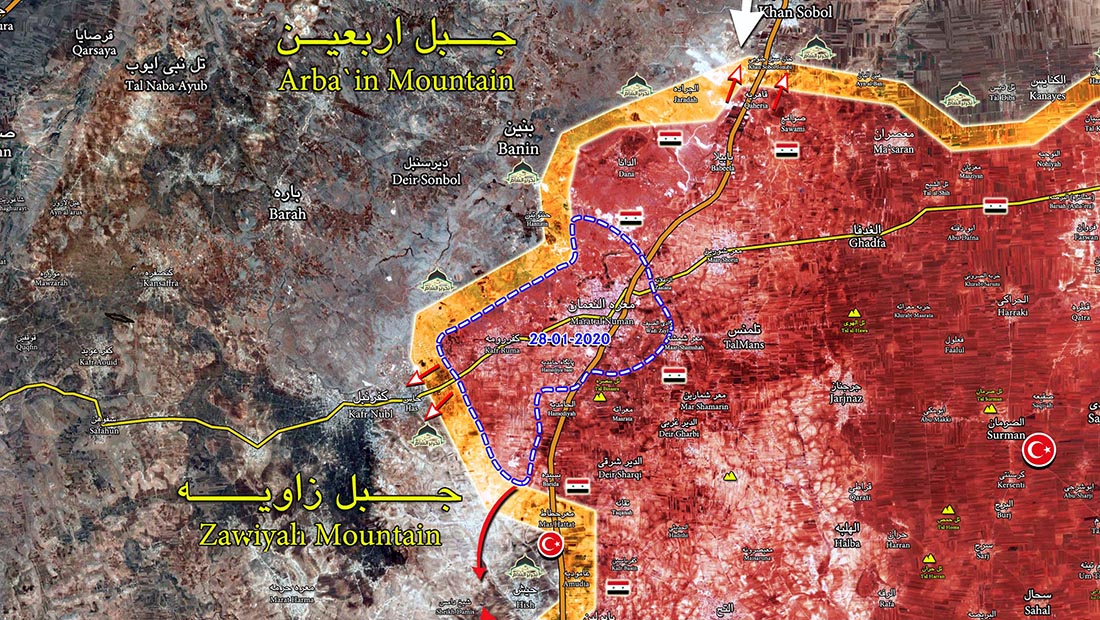 It seems in the last three days, militias have evacuated the town.

Local sources reported that Turkish Army is building an observation post on the road Saraqeb and Kafr Nobol!
Turkish observation post in Maar Hattat is almost sieged which will be sieged completely by Syrian Army soon.